Pregnancy! Now with an inquiry nobody's talking about! 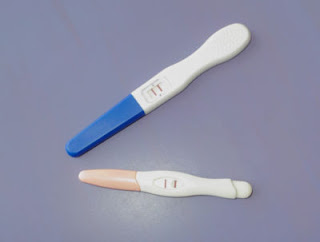 Unwanted pregnancy! Now there's a topic on which everyone has an opinion! It's a surefire way to set off a fiery Facebook discussion or a pub debate. Simply drop into the mix an opinion on anything related to this topic - birth control, abortion, single motherhood, sex education, abstinence, pregnant teenagers, benefits et cetera, et cetera - it's easy! So many conversational bombs just waiting to go off!

So why is yesterday's inquiry into unwanted* pregnancy in Britain getting about as much attention as a brunette in Rod Stewart's bathtub?

Just to get you up to speed because none of the major newspapers or TV news programmes are giving this inquiry a whole lot of airplay, the cross-party inquiry is being chaired by Conservative MP Amber Rudd and she is assisted by Labour MP Sandra Osbourne and Liberal Democrat MP Lorely Burt. It is being supported by think tank 2020health with Dr Jonathan Shapiro, the think tank's head of policy and a senior lecturer in Health Services Research at Birmingham University also asking questions alongside the MPs. The MPs plan to present their findings to the government before the Christmas break.**

Rudd, one of the more progressive Conservatives in the House of Commons, set the wheels in motion for the inquiry in July, hot on the heels of Nadine Dorries sticking her hypocritical head over the parapet on the issues such as abortion and sex education.

But we're not hearing much about the inquiry at all. A Google News search for "Amber Rudd" brings up precisely nothing from any of the major national newspaper websites on yesterday's events at the inquiry. Indeed, the newspaper that is offering the most coverage seems to be Amber Rudd's local paper, the Hastings and St Leonard's Observer. It appears to be a perfectly fine newspaper but why is it so hard to find anything much about this inquiry from the Guardian, the Daily Mail, The Times or the Telegraph? Why is this not zooming along the newsbar on Sky News? Why is it not being given the same prominence as the Leveson Inquiry?

Then again, after that inquiry's endless celebrity testimony, the session on the portrayal of women in the media was given less than a whole day in front of Lord Justice Leveson. The easiest way to keep up with that day's events was via Twitter. Disappointingly, the Guardian didn't bother with live updates on its website that day. Was it a case of: "Oh, it's just a few feminists having a whine, why bother? No clickbait there! Hugh Grant's testimony is clearly has so much more national importance."?

In the same it's-only-women-why-bother vein, has the issue of unwanted pregnancy become a fringe issue? Whether you're tired of right-wing demonising of single mothers, concerned about there being too many abortions, concerned that not enough people are availing themselves of abortions, keen for more women to take advantage of Britain's access to free birth control, interested in how many of your tax quids are helping bring up the results of unwanted pregnancy, opposed to comprehensive sex education, fearful that abstinence-only sex education may become part of the school curriculum, a fan of Nadine Dorries or completely terrified of Nadine Dorries, this is an inquiry that you might find just a little bit interesting.

Perhaps there will be findings from the inquiry that won't suit the competing agendas of different media outlets. The Hastings and St Leonard's Observer has diligently reported that Jc Mcfee, the manager of Respond Academy, a youth project told the inquiry that for many young people, an unwanted pregnancy actually isn't unwanted at all, but a lack of support after the baby is born can then lead to problems. Mcfee also said that despite this, there are "amazing stories of mums against the odds, it's not all doom and gloom."

I can see how some voices from the left and right might be nervous about addressing different aspects of Mcfee's testimony. Some from the left may be unwilling to admit that some teenagers do fall pregnant deliberately because of the emotional and financial benefits on offer, while some from the right may not want to promote the teenaged mother success stories that have been achieved, often with help from the British taxpayer and for those who did it alone, there's no benefits scrounger angle to be milked either.

If organisations such as BPAS and Marie Stopes reveal that not every woman who shows up at their clinics with an unwanted pregnancy decides to have an abortion and plenty choose to carry to term after going through the counselling process, that'd be a thorn in the side of the conservative agenda that infiltrates the Telegraph and the Daily Mail on the abortion debate.

But I am merely speculating on what might have been said at yesterday's inquiry because it is proving very difficult to find any good coverage. Why has this inquiry been largely sidelined by the mainstream media? It is not a secret inquiry. There is a real need for an open conversation on unwanted pregnancy, abortion, birth control, sex education and the social and economic impact of it all. It is a big deal.

It would be great to see Amber Rudd and her Labour and Liberal Democrat colleagues from this inquiry become as loud as Nadine Dorries or Louise Mensch, both of whom are never shy of publicity. It would be a terrible shame if yesterday's events are not reported. Here's hoping that when the final report is published before Christmas, the inquiry might get more attention from the mainstream media, from the nationals and the TV news programmes, as well as Amber Rudd's local paper.

More importantly, however, it would be good to see any recommendations taken seriously by government and properly discussed. Or am I being too optimistic? After all, the embarrassingly brief time devoted to women in the media at Leveson has achieved precisely nothing - the cellulite, baby bumps, weight loss, weight gain and breasts of female celebrities still pass as news. But, sadly, looking into unwanted pregnancies in Britain in a sane and even-handed manner, not so much.

* "Unplanned" is probably a better term than "unwanted" for this inquiry.

** For more information about this inquiry, including the organisations called to give evidence, either verbal or written, please click on these two links:

Image courtesy of www.kozzi.com
Posted by Georgia Lewis at 11:04