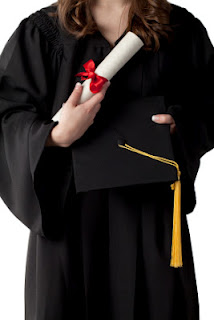 A friend of mine has just graduated from university with a journalism degree. She is passionate, bright and hardworking. She already has some practical experience - essential if you are going to impress any potential employer who may otherwise think you just spent three years smoking joints in your pyjamas in between a gruelling eight-hour week of classes - and she has not yet found a paid job in the media.

But she has been offered an unpaid internship with a publishing company. She is taking this opportunity because she feels it could be of value. She is not a workshy idiot and she would be delighted if the internship turned into a paid position. But it won't be easy. She is not from London and, like most internships, it is based in the capital and only covers daily transport costs. So she has been working in retail in her hometown so she has enough cash to ensure she doesn't have to sleep on a park bench and live out of restaurant bins.

At least it is a step up from the internship I saw advertised on Gorkana that only offers to cover transport costs for London's Zones 1 and 2. So not only would there be no proper financial reward but that particular employer expects the intern to live in the most expensive part of London without an income. Whoever is in charge at Beach Tomato deserves to have rotten tomatoes thrown at them.

In short, internships (and not just in the media) have become white collar exploitation. I work for a small publishing company and I understand times are tough. The prospect of someone young and keen working for free for anything up to 12 months is appealing. But it's not fair. Even if the employer cannot afford to pay the London Living Wage of £8.30 per hour or the Cratchit-like UK minimum wage of £6.19 per hour* (and given that some of the companies advertising for unpaid interns are big media organisations, I suspect this is often not the case at all), the least they can do is offer accommodation assistance for interns who are not Londoners. Whether it is putting the intern up in cheap accommodation or, hell, letting the intern crash with a member of staff, it would be better than no help at all.

But let us not forget that unpaid internships, unless they are for credit towards a degree are illegal. Oh, wait. We already have forgotten that and nobody is power is doing a damn thing about it.

And it's not as if the current government is likely to help. With George Osborne trumpeting - to rapturous cheers - cuts to housing benefits for unemployed people under 25 at the Conservative Party Conference yesterday, it is clear that they are not serious about fixing the nation's unemployment problem. Will the Liberal Democrats step in on this one? The short-sightedness of compounding an unemployed person's struggles by putting their basic right to shelter at risk is appalling.

I get that the housing benefits cut is a stick rather than a carrot - the rationale being that if someone isn't getting any state assistance for housing, that'll be the kick up the bum they need to go and get a damn job. Except there aren't enough jobs out there. And unpaid internships, which keep young people economically inactive, are masquerading as alternatives to actual employment.

The internet is full of stories about vile interns - the entitled brats who throw hissy fits because they had to go and get the coffees or waltz into workplaces and expect to run the place - but these are not the graduates I've come across. They just want a damn break.


Image courtesy of www.kozzi.com
Posted by Georgia Lewis at 11:12