Donald Trump, Alex Salmond and a load of balls 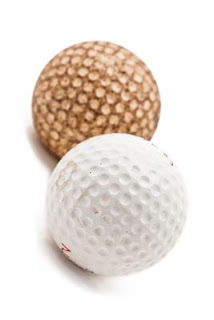 The bulldozers have moved in and acres of once-unspoilt rugged Scottish land have been destroyed so that Donald Trump can build what he claims will be "the world's best golf course."

Except this allegedly amazing course in Aberdeenshire only sort-of opened on July 10, 2012. It's just one of two planned courses, it's served by a temporary clubhouse and the rest of the development, which was to include a hotel, holiday villas and luxury homes, is now on hold. Apparently, Trump is upset that the rest of the course will have to suffer with views of a proposed wind farm if construction continues. In his world, a sustainable source of energy is uglier than flattening a glorious landscape of scientific significance.*

Determined residents are still living on the Menie Estate amid the half-done development, constantly under threat of eviction by compulsory purchase orders. Trump decided not to build a hotel with a view of what he called "a slum". Obviously, Trump has never been to an actual slum because then he would realise that Michael Forbes' farm, with assorted outbuildings and machinery that is either operational or set aside for recycled parts, is not a slum. Indeed, plenty of people who live in real slums can only dream of living in such a property.

Over the course of the development, residents were deprived of electricity and water, earth was moved to build massive berms to both hide the houses from the sensitivities of rich golfers and to obscure any shreds of remaining pleasant views from the recalcitrant residents.

The 6,000 jobs that were supposed to be created have not materialised.

Trump took it upon himself to rename the Menie Dunes "the Great Dunes of Scotland." That would be the dunes that have been bulldozed beyond recognition and turned into Technicolor golfing greens.

The website for the development** features a gallery of idyllic, heavily PhotoShopped images of golf courses by the sea. There are some images featuring earthmoving equipment, parked alongside greens that are being wastefully watered or sitting by flattened out sand. They look like Matchbox toys rather than brutal beasts of ecological destruction. There are pictures of smooth stretches of sand with footprints - they look like those cheesy "Footprints" posters you get in Christian bookshops, only they are shots of areas where only the privileged can leave footprints these days.

Kevin Cameron, the photographer, should be ashamed of himself but he was probably paid well enough to abandon the luxury of principles. Just as Scotland's First Minister, Alex Salmond, abandoned any pretence of respect for the natural environment or the rights of residents when he let this whole shameful development go ahead unchecked, when he did nothing about journalists being arrested on the site for trying to do their job, for maintaining a lack of transparency by refusing requests for interviews about the development.

But Trump has now bitten Salmond on the bum. A tacky image of battered wind turbines is the only blatant propaganda on the website - with Trump's spruikers saying that Scotland's First Minister Alex Salmond wants to build "8,750 of these monstrosities". This is how Trump rewards loyalty.

Salmond is too busy these days flying the flag for Scottish independence - but he is in charge of a country he is not fit to run.

* To see more on this complete and utter disgrace, here is the excellent BBC2 documentary You've Been Trumped: http://www.bbc.co.uk/iplayer/episode/b01nln7g/Youve_Been_Trumped/

For people outside the UK, here are some helpful links to the You've Been Trumped documentary

** In case you feel like being a little bit ill, here is the golf course website in all its glory: http://www.trumpgolfscotland.com/Default.aspx?p=DynamicModule&PageId=278788&ssid=153035&vnf=1

Image courtesy of www.kozzi.com
Posted by Georgia Lewis at 04:24