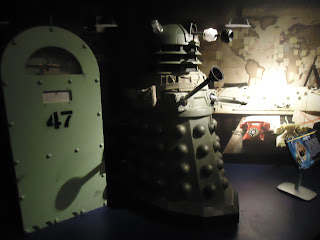 My apologies. You'll have to bear with me today. I am tired, I am in denial over a cold that is about to attack my throat and nasal passages and I am in the throes of PMS, even though the Daily Mail says a woman doctor says there's no such thing so clearly I am just a narky bitch. There is plenty of idiocy to fume over - the suggestion that denying disabled people minimum wage is a good idea, for example - but I've had one of those days where I need to vent about stupid first world pains nonsense. And then I will feel better, get some perspective back, and resume normal Rant Mistress transmission.

Here, in no particular order, is a list of things that make me go "Gah!".

- Wearing tights under shorts. You might put this get-up on and think: "Yeah! I am one foxy lady!". I will see you and think two thoughts. Firstly, do you not know if it's hot or cold outside? Secondly, you are surely percolating a minging yeast infection in there.

- Self-checkouts. Frankly, I am not convinced these bastard wannabe Daleks are actually denying people employment because it is nigh-on impossible to use one without requiring the help of a human. Today, a member of staff had to verify that it was OK for me to buy an 80p box of "restricted"cold and flu tablets. Just in case I was on the verge of becoming London's lamest drug dealer. And of course the infernal machine told me that there was an "unexpected item in bagging area". Yes, my groceries. How very unexpected. Now, if there was a bespectacled aardvark playing a ukulele in the bagging area, I might believe it. Also, depressingly, I am only ever asked for ID to buy wine these days by these machines.*

- Kids trick-or-treating in the pub last night. Yes, the pub. A particularly rowdy Irish pub where grown-ups go to drink booze and check each other out and listen to a bloke called Wayne Devine sing "Dirty Old Town". I found myself morphing into a pearl-clutcher, demanding to know where the parents were and contemplating telling them to get off my damn lawn too.**

- People who take James Bond too seriously. It is because of these very people, the ones who have actually read the books and form very strong opinions on why Daniel Craig is true to the narrative, that I maintain that the best Bond was eyebrow-acting, double entendre-peddling Roger Moore.

- Toddlers on scooters on busy high streets. Parents of Britain (and, in particular Wimbledon Broadway)! There are very sound reasons why we don't let kids drive cars - they are too small and they have not got the required spatial awareness or motor skills required to be in charge of a motorised vehicle. As such, they also haven't got the required spatial awareness or motor skills to accurately control a bit of metal on wheels down footpaths full of people with traffic running alongside them. Let them ride scooters in the park. One day a kid will scoot right off the footpath and under a bus. And the parents will probably blame the council.***

- Women describing food, such as cake, as "naughty" or "wicked". No. A child who did a poo in the bath is "naughty". "Wicked" is the witch in the Wizard of Oz. Or for true wickedness, look no further than Robert Mugabe. As long as you're not having cake for every meal, you can probably enjoy that damn slice of cake without feeling like you're the culinary equivalent of a genocidal kitten drowner. Also, some people don't have any food. Go check your privilege.

Right. I'm done. I will be ranting about actual issues next week sometime. But now I must go make up the guest bedroom and guzzle some of those restricted cold and flu tablets. Or sell them to some random kids on the streets, who knows?
_____________________

* A woman with poor eyesight, who struggles to recognise 10p coins, who works at the Tesco Express in South Wimbledon, was the last real person to ask me for ID. That doesn't count.

** Yes, I am a non-parent who is berating parents on this occasion.

Photography by Paul McMillan
Posted by Georgia Lewis at 13:37