Not all boobs are created equal 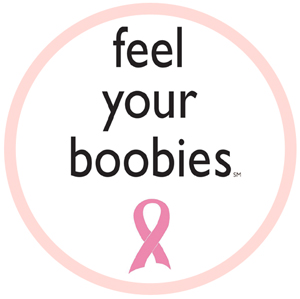 Breasts have been getting plenty attention lately. First, there was the mass hysteria of Kate Middleton's royal breasts getting snapped by a paparazzi photographer. Then she was deemed a jolly good sport after she was greeted by bare-breasted women in the Solomon Islands.  Meanwhile, there is a campaign to get The Sun to drop the Page 3 girls. And, in case you weren't aware, October is Breast Cancer Awareness month

The outcry over topless Kate Middleton was hypocritical and hilarious. Unless she was a vocal campaigner against topless sunbathing, those photographs were not in the public interest. But the sanctimonious outrage of newspapers and magazines who routinely get copy sales and clicks from stories about famous women's body parts was pathetic. Close-ups of cellulite, speculation over baby bumps, scrutiny over weight gain, mock concern over weight loss, expert commentary from cosmetic surgeons as to whether implants/Botox/fillers/facelifts have happened - apparently these invasions of privacy are completely newsworthy and not at all demeaning. But as soon as a French magazine published topless royal boobs, the pearls were clutched so hard they were ground to a fine powder.

Then Kate met topless women in Solomon Islands and she was congratulated on how well she handled that encounter. Naturally, she smiled demurely and averted her eyes. Did anyone seriously she think she would point, guffaw and say something completely heinous like: "I was hoping to get mine as tanned as yours!" like a grotesque female equivalent of Prince Phillip?

And the women of the Solomon Islands were consenting to being photographed bare-breasted. As are the women on Page 3 of The Sun. There is a reasonably lively online campaign to get The Sun to ditch the Page 3 Girl. As of today, about 40,000 people have signed up. But The Sun is a business, not a charity. If they are not haemorrhaging advertisers over the Page 3 campaign, the topless lovelies are likely to stay, regardless of online signatures from people who probably don't buy The Sun and don't click on the website.

The Sun could quite possibly lose the Page 3 Girl from the print edition (but keep her on the website where there is money to be made from mobile phone downloads at £1.50 a pop...) without any real impact on revenue. Perhaps that large chunk of page 3 would be better dedicated to actual news. Hell, what is more offensive here? The bare breasts or the little caption alongside featuring a made-up intellectual quote attributed to Michelle of Essex? Because obviously a woman couldn't possibly be hot and have the capacity to form an intelligent opinion, right?

There is a part of me that is always amused whenever I have a greasy breakfast at the cafe around the corner from my house and the tradesmen reading The Sun don't appear to particularly notice the Page 3 Girl. I've never seen one of these men openly leer at her. She has become part of the British landscape - it could be argued that it is good that breasts are not freaking out people in a puritanical manner. Others might argue she has become invisible and that is equally degrading to women.

Page 3 mostly strikes me as something that was a bit cheeky and mildly amusing in the 70s but these days, it's all a bit tired, like some lame joke your dad might tell every Christmas as he carves the turkey breast. On those grounds, I'd probably retire the Page 3 Girl if I was editor of The Sun. But I'm not, and I doubt Dominic Mohan is losing sleep over the Stop Page 3 campaign.

These last seven paragraphs have been devoted to tits as titillation, to the morality and public interest of photographs of breasts. The debates that rage over these issues focus on breasts as sexual things, as objects to perve on great and small. But it's Breast Cancer Awareness Month. The notion that most of us are already aware of breast cancer is a cynical viewpoint steeped in westernised privilege.

There are plenty of places where there is poor awareness, poor screening and a culture of shame surrounding breast cancer. It is the opposite end of the Page 3 spectrum. A fabulous, feisty friend of mine in the United Arab Emirates used to give breast cancer education sessions to Emirati women and she told me how so many of them would get embarrassed. Women would giggle, run out of the room when the video was played and freak out at the thought of self-examination.

Supporting breast cancer education in countries such as the UAE, and indeed anywhere in the world where it can be culturally difficult to talk openly about breasts, would be a fantastic way to get behind Breast Cancer Awareness Month (or, indeed, at any other time of year because, you know, cancer doesn't stick to a schedule). Please get in touch with me if you'd like to do this, I have contacts.

Or you could make a direct donation to a research facility rather than buying something pink and then finding out that only a tiny proportion of profits actually go where it's needed. Or buying pink-branded make-up for breast cancer only to discover that it contains carcinogens (this has actually happened...). Be smart about your cancer charity donations. A direct donation is better than a Facebook in-joke about handbags or shoes to raise awareness. The voyeurs will certainly appreciate the preservation of breasts, but good human beings will just be glad if women's lives are saved.
Posted by Georgia Lewis at 09:53