"Honour" killing, the N-word and the power of language 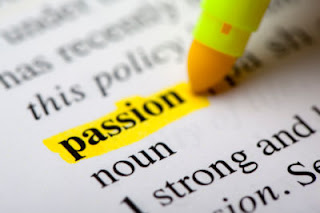 "I did not have sexual relations with that woman."

"A woman without a man is like a fish without a bicycle."

There are three famous quotes from three different people - and they all illustrate the power of words. Sometimes political correctness truly has gone mad when it comes to word use - such as the insistence by some feminists that "women" should be spelled as "wimmin" or "womyn" to remove the pesky "men" word from it all. This is silly, counter-productive and a moronic distraction from real issues that affect real women's lives. Do these same women also want to remove the "men" from "menstruation" (minstruation? mehnstruation?) while they're at it?

But there are other times when word use is important and powerful.

When it comes to discussing "honour" killing, for example, it is important to constantly hammer home the point that there is nothing honourable about such vile murders. That is why I always put inverted commas around "honour" or refer to them as "so-called 'honour' killings". It is a clunky and inelegant use of language and punctuation - but it is important that the jarring inverted commas remain so they fly into the reader's eye like cinders*. It makes the reader pause and think about the real horror of an "honour" killing, to realise that "defending honour" is no defence at all for these sexist, hateful, brutal murders that are based on a warped notion of what honour really means. "Honour" killings can never be defended or explained away by "cultural differences". Not here in Britain, not in any country.

Then there is the conundrum of racist language. For years, Australian cricket commentators thought nothing of cheerfully braying such tripe as: "The Pakis won the toss and have elected to bat!" on national television whenever Pakistan played my home country. They seemed to think it was exactly the same as referring to Australians as "Aussies". For years, "Paki" was trotted out by the embarrassing, boorish commentators, with what seemed to be blissful ignorance of the hurt that word has caused many people.

However, the flipside is that a total censorship of such language has the potential to stifle creativity and hinder opportunities to make important social comment through such mediums as film and literature. Take the latest idiocy from the world's most overrated actress, Nicole Kidman. Given she has the acting range of a slightly animated department store mannequin, her career has always baffled me. But I digress...

In her latest movie The Paperboy, she plays a toxic character, a salacious, rapacious redneck. Despite this, she refused to use the word "nigger" because she didn't think it was appropriate to her character. Except that there are plenty of instances in movies depicting race relations where an actor acting in a racist manner, including using racist language, brings home just how ugly and vile racism is. It would seem that Kidman is worried cinema-goers might mistake her character being racist for her being racist. Yes, and everyone who watched Monster left the cinema thinking Charlize Theron is a serial killer...

May we choose our words wisely. May we not stifle creativity and free speech. May we appreciate the power of language for good and evil. And may commonsense prevail when we make these linguistic choices.

* Thank you to American writer Florence King for that fabulous turn of phrase. I wish I could claim it as my own.

Image courtesy of www.kozzi.com
Posted by Georgia Lewis at 06:08