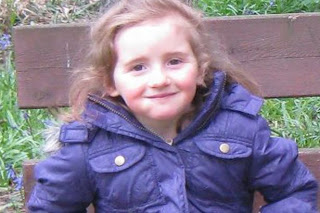 Arise, the armchair detectives! These are the people who have no connection to awful crimes but still seem to know whodunnit. Usually, there is a healthy dose of victim-blaming added for good measure.

At the time of writing, five-year-old April Jones, abducted outside her home in a small Welsh town, is still missing. A man has been arrested on suspicion of abduction. The search and investigation continues.

This has not stopped people, who until yesterday had never heard of Machynlleth, claiming they knew who abducted her. Concern trolls on social media and, unsurprisingly, the Daily Mail erupted. It was ugly to watch. In the wake of the Tia Sharp case, where her step-grandfather has been charged with her murder but has yet to stand trial, plenty are convinced a family member has taken April. She has two parents, Coral and Paul, but this didn't stop Daily Mail readers from assuming that the missing girl had an absent father. Because, clearly, single parents somehow deserve to have their children abducted.

Then there were the inevitable questions asked as to why April was playing outside at 7.30pm and why wasn't she in bed at that time. A quick, albeit unscientific, poll among my Twitterverse revealed that parents of kids of a similar age to April are sending them to bed any time between 6pm to 10pm. Now is not really the time to question what time Coral and Paul Jones should send April to bed.

I remember staying up as a kid until 8.30pm watching The World At War with my father. Does that make him a bad parent? Then there was the time my mother stormed out of the house because my sister and I were fighting. She grabbed her handbag and keys and drove off, telling us we were awful girls and that she had enough of us. All she did was drive around the block, leaving us aghast in the living room, my seven-year-old self not realising she wasn't going to get far in a 1971 Mini Clubman with just her handbag and the clothes on her back. She was back within a few minutes, my sister and I were stunned into behaving better, Mum had some much-needed alone time, life went on. Anyone who says: "Well, you're lucky nobody abducted you!" is not only being ridiculous but they have a poor grasp of probability. The most likely outcome of that event was my sister and I remaining perfectly safe.

And what about the helicopter parenting from afar? Today, people are still demanding to know why April was outside at 7.30pm. Machynlleth is a small town, population around 2,100. If this is anything like the rural Australian town or the tiny East Anglian village where I lived as a child, it wouldn't be at all weird for kids to be playing outside their own houses after sunset. Indeed, murder rates in the UK are currently at their lowest since 1983. For April Jones to be taken outside her own house is for her to be extremely unlucky, for the odds to be stacked grotesquely against her.

Coral and Paul Jones, along with April, wherever she may be, are the victims here. Blaming any of them for this horrible event is cruel. Trying to assume we already know who is responsible, before we actually know if April is still alive or not, is unhelpful. If there is a trial in the future, this, along with the selection of an impartial jury, could be prejudiced. But these fundamentals of the British justice system - which exist to protect us all - are not the concern of the idiotic, irresponsible armchair detectives who already think they know best.
Posted by Georgia Lewis at 08:22