Jimmy Savile's victims and other sticks for bashing the BBC 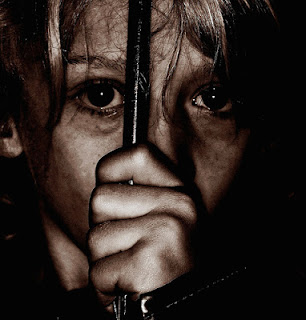 Are allegations that the late Jimmy Savile has abused many innocent children worth investigating? Yes.

Do any victims deserve compensation as the result of an investigation? Yes.

If anyone still alive is found to be in any way culpable, should they be held to account? Yes.

Could the BBC have handled this appalling situation better? Yes.

Was it inappropriate to run Jimmy Savile tributes when allegations of abuse were widely known? Yes.

Was the original dropping of the Newsnight investigation into Jimmy Savile wrong? Yes.

Has George Entwistle had an excruciating time in front of incredulous MPs today? Yes.

Is this whole sorry saga a good reason to try to bring down the BBC? No.

The Jimmy Savile story is a sick gift for the likes of Sky News and the Daily Mail. It is the perfect stick with which to bash the BBC. It is easy for right-wing commentators to demand to know why we pay our licence fee and, in the case of Sky News this morning, interview an alleged victim of Jimmy Savile's abuse. It was a hard-to-watch attempt at sensitivity that only served to cause an obviously upset grown man to become tearful on live television.

Liberalism has also come in for a beating. Melanie Phillips wielded that stick this week in a column for the Daily Mail blaming the "liberal left" for encouraging the sexualisation of children and how this created the culture that allowed Savile to allegedly abuse children. Her evidence is the now-defunct (and, yes, very wrong) affilliation of the Paedophile Information Exchange with the National Council for Civil Liberies (now known as Liberty), and the "liberal left" allowing kids to see sexualised images such as Rihanna gyrating in music videos. Yes, that'd be the images left-leaning feminists have been criticising for years while the Daily Mail has no compunction in running them on a daily basis. Phillips is referring to images that are used so that music company owners, capitalists of the highest order, make money. Hardly beacons of the left.

Phillips continues her string of non-sequiturs with a spot of BBC-bashing. By running a documentary 10 years ago about children as young as 11 being preoccupied with "fancying each other" and exposing the parents and teachers who encouraged such behaviour, this was evidence in the mind of Phillips that the BBC was part of a culture of sexualising children. But she provides no context and her column collapses with the flabby conclusion that "paedophile bogeymen [arise] from a grossly displaced sense of personal responsibility".

In Phillips' world and that of her disciples, a documentary on the BBC that exposes bad parents and teachers is somehow an example of the BBC's left-wing bias and paedophile-enabling. Except that stories condemning parents and teachers are the kind of thing that keeps the Daily Mail and its ilk ticking over. Witness the hysterical coverage of Jeremy Forrest, now charged with abducting one of his students, complete with large photographs of the 15-year-old at the centre of the story, for example. Or any opportunity to slag off single parents, drunk parents, parents dressed inappropriately, benefits-scrounging parents, celebrity parents...

The BBC is constantly under attack for left-wing bias and the Jimmy Savile story has been used to further push that tired barrow. Whoever says that clearly has never seen Andrew Marr in action or watched the other week as Jeremy Paxman mercilessly skewered up-and-coming Labour MP Chuka Umunna.

Yes, folks, this is the organisation that broadcasts such extreme left-leaning programmes as Songs Of Praise, Antiques Roadshow, Top Gear, Homes Under The Hammer, Bargain Hunt, The Great British Bake-Off, New Tricks, Nigellissima, Strictly Come Dancing, Don't Tell The Bride, Great British Railway Journeys, Be Your Own Boss, Midsomer Murders and the Formula One races that haven't been lost to Sky. If ever there was a collection of programmes that will inspire militant revolutionaries storm Buckingham Palace, demand the overthrow of the Queen and barbecue the corgis, that'd be it.

Instead of using the Jimmy Savile affair to try and portray the BBC as nothing but a taxpayer-funded pack of lefty, decadent paedophile enablers, how about focusing on what justice can be achieved for the people who are making the horrific allegations. In the midst of the agendas of noisy people who would like to see the BBC torn down, the real victims are the people who could end up being forgotten.

Photo by Pink Sherbet Photography
Posted by Georgia Lewis at 05:42