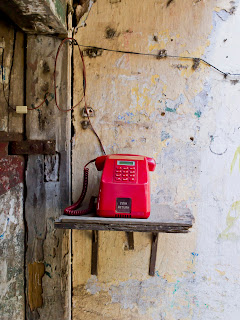 In the last couple of weeks, two of my blog posts have attracted a bit of attention. One was on my friend Briony's ongoing battles with the O2 phone company and another was on the misguided, ignorance-fuelled outrage over Hilary Mantel's 5,000-word essay on the bodies of royal women, including that of the Duchess of Cambridge (in case you didn't notice, she's having a baby...). Since then, there have been some developments.

Briony received unwanted marketing calls from O2 even though her preferences were set to "email contact only", she was baffled as to why personal details were required by unsolicited callers before she could be told about any special offers and, as a bonus, she discovered this very website was blocked by O2 as part of their nanny state-style filter for adult content, even on the phones of actual adults.

Now that Briony is in email and telephone contact with O2, she has still to hear about the amazing offers and can't seem to get an answer out of anyone as to what these were because it apparently changes on "what she wants to include in the scheme".


She has received a number of spoken apologies and emails starting "We are really sorry" and "O2 takes these complaints seriously" and "we are speaking with the Social Media team about their lack of response/terminology" and "we are in contact with the customer service teams.."  But nothing really has changed.

Briony is now in contact with with Tracy and Carol from the "Escalation Team" - which makes me visualise women talking on the phone as they go up an escalator - and while both are "really very nice", Briony says neither "clearly can provide me with any answers as to why I was contacted/pestered when clearly I shouldn't have been." It would also appear that not much can be done to trace or find out why Briony received unwanted phonecalls in the first place.

On the upside, when Briony broached the subject of recompense for this two-week debacle, O2 asked her what she felt was a suitable remuneration for the day lost to O2 and Twitter, half a day lost to calls with the O2 Customer Service and half a day lost on emails/phone calls to the O2 Escalation Team.  Her response free upgrade and phone - after all, surely O2 were calling her about her upgrade in the first place, no?

So, she has received a couple of different offers, including O2 paying to end her current contract and not charge her for ending the contract early - but she'll have to pay for a new phone. The other offer includes more download capacity (but she'd better be careful not to try and download anything from any of the websites O2 blocks, even though she is an adult...) and no £6 monthly charge.

But for any recompense, Briony has to go into a shop, discuss the options, and tie herself into another O2 contract, when what she has really asked for is a 100% guarantee that her phone number will not be used in any further O2 marketing drives.  Alas, this could not be given, nor could a 95% guarantee, nor could an 80% or 70% guarantee be given... Briony gave up asking what kind of guarantee she could be assured at this time. What is the point of opting for email contact only if that isn't going to be respected by O2?

In conclusion, all of the deals on the table remain ambiguous and won't make a massive difference to her life. A better offer would surely involve stuff like a free upgrade (including handset) and a cheaper bill, so that Briony stays with O2 long term, thus everyone wins.

This seems to be a struggle for O2, as even in compensation, they use the guise of giving with one hand, only to take a greater financial and contractual reward with the other.

In the meantime, I have just had the predictable "this is to protect the children" response from O2 when I called them out on their blocking of websites for adult customers. It's somewhat hilarious that my blog was blocked but it is also completely contrary to a free society. O2 offers parental controls so parents can ensure their kids can't access adult content on their phones so why they feel the need to restrict adult internet access is a mystery.

On the upside, Briony can vote with her money if she finds a better deal elsewhere. This is indeed a vast improvement on the government-run duopoly of the United Arab Emirates, where we both used to live. There you get the choice of two equally incompetent telecommunications companies, Etisalat and Du, and that is all.

As for Hilary Mantel, she has thankfully not apologised for her controversial 5,000-word essay, which she gave as a lecture two weeks before any of the newspapers noticed. Her unrepentant response is inspiring to anyone who has dared express an opinion only for it to be misunderstood by the moronic masses.

I will love her forever for this brilliant line: "I do think that the Duchess of Cambridge is an intelligent young woman, who, if she cares to read my essay, will see that I meant nothing but good to her."

If only O2 was as uncensored.