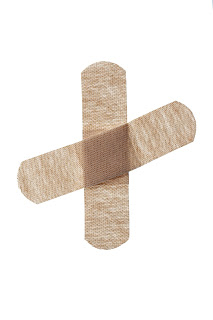 Statistics are marvellous. But they are very easy to misinterpret. The media loves to play on this - it is so easy to pull a supposedly shocking stat out of the bag, lazily run it as fact without any nuanced analysis to peddle an agenda, and wait for the inevitable outrage and website clicks. And when it comes to healthcare, scary numbers make for easily manufactured outrage.

The scary healthcare number that has been freaking everyone out of late is the "1,200 unnecessary deaths" in Mid Staffordshire hospitals. The researchers at the excellent website, fullfact.org have analysed this big number very carefully and found that while nothing will bring back dead loved ones and Mid-Staffs has some big problems to sort out, the 1,200 figure should be examined more closely.

It all stems from the Francis Report, commissioned in 2009 to investigate "higher than average" mortality rates for emergency admissions at the two hospitals managed by the Mid Staffordshire NHS Foundation Trust. The 1,200 number did not appear in the final report - it was removed from the report because there were concerns that it would be misunderstood, but it was leaked to the press.

The report included Standard Mortality Ratios for each hospital between 2005 and 2008 for patients admitted as emergency cases and these varied between 127 and 145, against a national average of 100 - the number of deaths was 27-45% higher than the baseline figure. Obviously, this isn't a great result for the two hospitals but witnesses who testified for the report cited problems with data collection so the accuracy is wobbly to begin with.

David Cameron has blamed Labour for creating a target-setting culture in the nation's hospitals. If he was so concerned about this, why didn't he set about reversing this culture when he came into office? The timing of the release of the report was perfect for Cameron's government to take a stand.

The Francis Report was commissioned by Andy Burnham, the former Health Secretary under the Gordon Brown's Labour Government, in June 2010, after an initial inquiry in 2009. By the time the initial inquiry report was finished, it was February 2010. David Cameron became Prime Minister in May 2010 - did he really expect Labour to have sorted it all out in two months with an election campaign going on? By the time Cameron took office, there would be no excuse for the shiny new Health Secretary, in the form of Andrew Lansley, not to be aware of problems at Mid-Staffs, and by the time the final report was released, after hearing from 164 witnesses and receiving 87 witness statements and 39 provisional statements, Jeremy Hunt was Health Secretary. The final report is addressed to homeopathy-loving Hunt in February this year.

When asked why he didn't sack Sir David Nicholson, the NHS chief executive, Cameron said that Sir David had apologised. Well, that's just fine and dandy then! How about looking into emergency department procedures and data collection at the two hospitals? Hell, what about looking at the reasons why patients were being admitted via the emergency department to determine if preventative measures might help reduce admissions in the first place? Or is some joined-up thinking, which may involve multiple stakeholders and government departments, all too much for this government? Simply apologising is a pathetic response.

People will always die in hospitals. No hospital will ever have a 0% mortality rate. But there is always room for improvement and investment. Sacking Sir David and making a fresh start from the top down would not be a bad thing.

Sadly, however, in the current climate, all we're getting is buck-passing, a spectacularly unsuitable Health Secretary in Jeremy Hunt, sneaking threats to women's reproductive rights, multiple A&E and maternity units at risk across the country, three children's heart surgery units closing down, eight walk-in NHS clinics slated to close in Birmingham and Solihull alone, and multiple health services put out to tender to private companies with little protest from anyone much. Oh, and there's the small matter of 141 Lords and 66 MPs having either recent past or present vested interests in private healthcare - that'd be the people that we have to entrust with casting votes on the future of British healthcare.

My condolences go out to anyone who feels they unnecessarily lost a loved one at Mid Staffs, but if the privatisation by stealth and ongoing slashing of health services continues, the whole nation will mourning the slow, painful, needless death of the NHS.

In news just at hand, David Cameron has indulged in a spot of nurse-bashing at today's Prime Minister's questions brawl. Oh, good. That will motivate nurses at Mid-Staffs and around the nation...