The annual farce that is Earth Hour 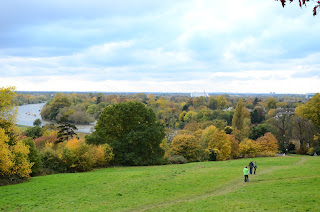 What did I do for Earth Hour last night? Er, I watched a movie with my husband, an act which required the magic of electricty. We had one light on, the fridge was still running, it was a bloody cold night in London so the heating was going, and the router was turned on because we're nerds who look stuff up while watching movies so we can say: "Oh yeah, she was in that thing with that other bloke...".

In short, we didn't do anything out of the ordinary for the hour. We weren't being extravagantly wasteful and, besides, sitting miserably in the cold and dark struck us as a ridiculous way to make a point about saving the planet.

But every year for Earth Hour, the terminally self-righteous come out of the woodwork and declare to all and sundry how they turned everything off for 60 minutes. To add to the stupidity, a mass switch-on at the end of the hour can actually place additional strain on the grid. It's a token gesture and if you're at all serious about environmental issues, surely it's better to set an example all year round and campaign on the bigger issues.

A sense of proportion is urgently required. Steve Hughes, a fantastic stand-up comedian, said it best: "They're running around the world dropping depleted uranium all over the Earth, sitting there letting nuclear weapons off under the sea, and the rest of us, what are we going to do? Sit at home, with a special light bulb and a shopping bag for life."

While there's no harm in using energy in a sane manner, recycling and generally showing a bit of respect for the world in which we live, sanctimoniously living like an Amish person for an hour a year is idiotic.

This year's Earth Hour happened in the same week that George Osborne, Britain's woefully unqualified Chancellor, announced compensation for communities adversely affected by energy companies seeking to develop Britain's shale gas industry. Meanwhile, it looks like hybrid cars will no longer be exempt from London's congestion charge as of July, thus reducing the incentive for private motorists and companies to buy such cars. Mayor of London, Boris Johnson, wasted £1.4 million of public money on technology that is meant to "glue" pollution to the roads, but it doesn't work. All this probably should have attracted a bit more noise from environmentalists. Nah, sod it. Let's sit in the dark for an hour!