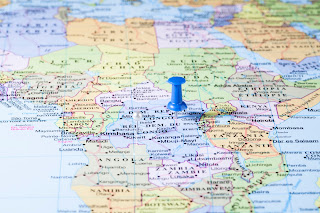 I love observing American politics. It is important to be aware of what goes on in the most powerful nation on Earth, and it fascinates, amuses, frustrates, delights and angers me in equal measure.

Hilariously, if I engage in a discussion on Twitter about American politics, sometimes I am told to mind my own business. Freedom of speech is only for Americans within America, according to some idiots. It's sad to be so insecure when it comes to criticism or curiosity from people outside your own country.

So, this blog post will most likely infuriate some people. Well, pardon me for taking an interest in the wider world...

At the Conservative Political Action Conference (CPAC) held in Washington DC last week, there was an attempt to manufacture outrage about Ashley Judd. Amid talk that the actress may be launching a political career representing the Democrats in the state of Kentucky, Steven Crowder, a conservative comedian, thought he had uncovered a Republican wet dream - a Democrat who said something stupid about rape. After the accident-prone Republican election campaign last year, this was just the sort of thing the American right could seize upon. A chance to say: "Hey, look! It's not just us! Liberals say dumb things about rape too! Why aren't the libtards calling out Ashley Judd for saying something stupid about rape?"

Except she didn't say anything stupid about rape.

Crowder launched into an attempt at comedy by referring to this tweet from Judd:

@AshleyJudd
Then over to eastern Congo for connection between conflict minerals used in our electronics, mass rape, & forcibly displaced persons.

Crowder said: "By the way, in breaking news, Ashley Judd just tweeted that buying Apple products, again, is akin to rape. From her iPhone. Rape - now she knows how my brain felt after watching Divine Secrets of the Ya-Ya Sisterhood. Oh, she said it. What is this obsession with Ashley Judd and rape? It's pretty unnerving."

Except, quelle surprise, there is a predictable lack of nuance or context in Crowder's attempt to slag off Judd, a rape survivor. The tweet is part of many tweets, talks and writings by Judd on the Democratic Republic of Congo, a country she has visited to raise awareness of the country's ongoing troubles. They include the militarisation of the mines from which material for products such as iPhones are sourced, and the violence, exploitation and slavery that goes along with it, including rape used as a weapon of war.

Judd wrote a blog post on this very subject in which she admits she is as guilty as anyone else who avails themselves of iPhones, iPads and the like. For anyone who can concentrate for five minutes in one sitting, her points are clear. She admits the hypocrisy of her own and everyone else's reliance on technology sourced from places of conflict, she calls for transparency from companies such as Apple, and she doesn't flinch from chronicling the horrors of rape, especially on women suffering from fistulas.

The gaffes about rape during the 2012 election, the subsequent justification of these gaffes by some conservatives, and the despair publicly expressed by other conservatives indicates there is some shit that needs to be sorted out.

There is a difference between misspeaking and the exposure of awful views on rape and this stupidity isn't restricted to conservatives. Whoopi Goldberg deserved every condemnation for her ridiculous "rape-rape" explanation for Roman Polanski's behaviour and Joe Biden's "garden-variety slap across the face" gaffe was a bloody stupid thing to say. But the ongoing stream of stupid things said about rape has disproportionately plagued the American conservative movement.

Indeed, an American conservative I follow on Twitter, the forthright @rachelveronica told me she would happily give a "Don't say stupid things about rape" talk at CPAC 2014.

I realise that talking about how to discuss rape in a sensitive and sane manner doesn't sound like a golden opportunity for comedy, but in the case of Crowder, this is irrelevant because he is a man who is about as funny as a leaking fistula.