It's about time for another World of Stupid... 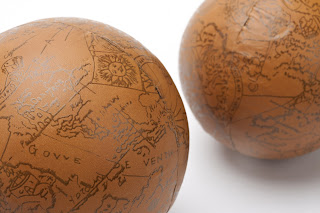 I was delighted to be described by one of my favourite tweeters, @MoronWatch, as a "freelance moron watcher". I do wish I was paid my usual freelance rate for watching morons - there are so many of them out there that it could be a fulltime job. But I digress... Here is the latest swag of morons from around the globe:

The company claimed it had been "informed of the fact that we were selling an offensive T-shirt primarily in the UK" and said: "This has been immediately deleted as it was and had been automatically generated using a scripted computer process running against hundreds of thousands of dictionary words."

Really? A computer error just so happened to generate four moronic slogans and nobody noticed. Did the computer also post the T-shirts as being for sale on Amazon with no human noticing this at any stage of the process? What about when orders started coming in? Did anyone say: "Hang on, why are we selling rape T-shirts?" Here is some interesting stuff on blaming rape-apologist algorithms for all this. It is indeed a convenient way to not take any responsibility.

Or maybe someone at Solid Gold Bomb accidentally hit the "Create T-shirts for douchebags" button.

2. Hilary Mantel was again proven right this week. Her claim that society and the media are obsessed with royal women's bodies was strengthened by the vulture-like reporters hovering around London's King Edward VII Hospital where the Queen was recovering from a bout of gastroenteritis. Everyone seems to have forgotten how badly that all ended last time a royal woman was at King Edward VII  - the obsession with the Duchess of Cambridge's severe morning sickness took a dark turn with a prank call and a nurse committing suicide.

But royal gastrointestinal systems are clearly as newsworthy as royal wombs and the reporters gathered outside the hospital in case of, er, I dunno... In case the Queen's doctor was going to emerge with full details of Her Majesty's bowels? It was boring, stupid television and to waste hours of time hovering around an expensive hospital when the NHS is being undermined at every opportunity is rather obscene.

3. Speaking of which, the Huffington Post's UK outpost has developed a creepy obsession with the pregnant Duchess of Cambridge and other knocked-up celebs. "Baby bump" has become their equivalent of the Daily Mail's "all grown up". As well as Kate Middleton, Kim Kardashian, Imogen Thomas, Fergie from the Blackeyed Peas, Rochelle Humes from The Saturdays and a Chinese woman known only as "Zhang" all come up on a "baby bump" search of the website.

It's gross and what was extra-stupid was the headline: "Kate Middleton Pregnant: Duchess and 'Bump' Visit National Portrait Gallery." As if she could simply take it off! I know there are madder elements of the prolife movement who'd disagree with me, but I'm pretty sure the foetus isn't going to remember this trip to the art gallery.

Whoever managed their Twitter account thought "Kate Middleton takes her baby bump to a wedding" was a sane thing to say and that moronic sentence leads the article that was linked to the tweet. Again, it's not as if she really has a choice in that matter. But I am sure the bump had a tremendous time at the nuptials.

4. Just in case anyone out there is labouring under the misapprehension that human rights laws are a bad thing, we have sickening news from Saudi Arabia that transcends mere stupidity and drives straight into completely vile territory. Seven men convicted of armed robbery face execution by crucifixion and firing squad. Yes, crucifixion. Six have been sentenced to death by firing squad and the main defendant is scheduled to be executed by crucifixion. For three days.

The condemned men claim they have had no access to lawyers, confessions were extracted under torture and most of them were juveniles at the time of the offences. If you are OK with any of this, you are seriously not well.

5. The Merriam-Webster dictionary continues its murder of the English language by letting the moronic use of "literally" creep into its pages. Every day, people claim they are literally on fire, that they literally have work coming out of their arses and that they would literally die if something non-lethal happened. These people do not need to be encouraged by dictionaries. It literally has to stop.

6. I've spotted some insane sex advice from Cosmopolitan's UK website but I may save that for later...