International Women's Day: The good, the bad and the smug... 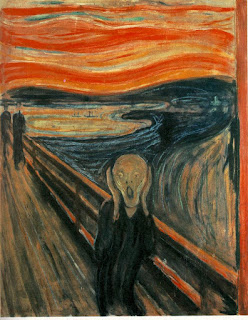 It's International Women's Day. Should we celebrate? Be really angry about stuff? Argue about shit that doesn't actually matter? Ignore the whole damn thing and take a nap?

Every year, someone always asks why there isn't an International Men's Day. There is one on November 19. You can read about it here. But what about today? What are we meant to do about it?

Today, there has been an outbreak of women arguing over whether we should take our husbands' surnames if we get married. This was largely in response to this Jill Filopovic column in the Guardian - the insane thing is that I kept my name when I got married but I still think Filopovic wrote a smug and sneering piece that ends on an asinine note about Facebook.

Seriously, this nonsense has to stop - it is a debate for the privileged. Ironically, in many Middle Eastern countries, the kind of places often flagged up by western women as beacons of oppression, it is common for married women to not take their husbands' name. If you get married, take his name, don't take his name, go double-barrelled, blend the surnames, it's entirely your choice. And feminism is about respecting all women's choices, even ones you wouldn't make for yourself.

If International Women's Day makes people think about their attitude towards women, about how they treat women and how they can do better from this day forward, that is a good thing.

If International Women's Day raises awareness of serious issues and is the catalyst for people to actually do something about them rather than getting outraged for a day and then forgetting about it, that is a good thing.

If International Women's Day raises money for causes that help women, such as education and healthcare programmes in developing countries, that is a good thing.

If International Women's Day helps people realise that feminism is not about being perpetual victims and that feminists come in all shapes and sizes, that is a good thing.

But if the day is spent arguing over minutiae, when there are women who are truly suffering, and possibly even dying, because of truly oppressive conditions and because their rights have been eroded or never existed in the first place, we have a problem. When feminism is seen as smug women sniping at each other, trying to outdo each other and win some imaginary feminism trophy, we have a problem. That is when feminism starts to look stupid. That is when real issues fall by the wayside.

Celebrate women's achievements today and reflect on how much progress has been made for many women in many places, by all means, but don't kid yourself that one day a year will make everything OK.
Posted by Georgia Lewis at 08:31