Seven things that should be bloody obvious 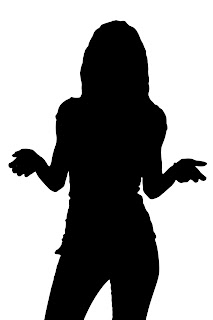 1. High school students should not be playing with their phones during lessons. Teachers, on top of having to actually teach, are now being told to keep an eye out for students sexting in class. Call me old-fashioned if you will, but when you are a student in class, you are meant to be there to learn things. If I was a teacher, I'd make all students hand in their phones at the start of the lesson and I'd give them back at the end. And I'd fully expect some spoilt moron to accuse me of a human rights breach. Which is bloody insulting to people who have really had their human rights compromised.

2. The "Baby on Board" badges, as seen worn by women on the Tube in London, are to alert people that the woman is pregnant and would appreciate a seat. This concept was a little bit beyond the Duchess of Cambridge last week when she was given one and asked how they work. She then said she'd wear it at home. Because her house is overrun with people who are sitting on all her chairs?

3. For first world countries, water is readily available. The designer water/energy drinks industry is a money-making scam. The latest idiocy is "ionised water" achieved by fitting a device to your taps. There are parts of the world where there is little or no access to clean drinking water or the water that does come out of the taps is of poor quality. I lived in one of these countries and it was annoying to buy water from the shops all the time so that I wasn't risking kidney stones from the local supply. If you are not living in one of these countries and you are still buying all your drinking water from the supermarket, you are an idiot.

4. In the same food fad vein, if you are not gluten-intolerant, you can eat food with gluten in it. Eating a whole loaf of bread in one sitting is, obviously, stupid but if you're not suffering from coeliac disease, you don't need to cut all gluten out of your diet. Seriously, have you tried gluten-free bread? Truly horrible stuff. Why anyone would eat it by choice is a mystery. Cutting out gluten for no medical reason is not a pathway to instant slenderness. But it is a way for a lot of people to make a lot of money.

5. Frankie Boyle will probably make jokes that will offend some people if he returns to the BBC. If you don't like it, turn it off. If it doesn't rate, he won't get another series. People who throw their toys out of the pram every time something appears on TV that isn't quite to their taste are self-involved morons.

6. Boris Johnson is a man who is economical with the truth and doesn't cope well when interrogated, as per the interview with Eddie Mair on The Andrew Marr Show. Why this is a surprise to anyone is baffling. We have a man who has built his whole public image on being a lovable, bumbling buffoon. No shock then that he folded like a Gap T-shirt when the questions got a little spiky. So what if he was asked questions about stuff that happened in the past? It's not as if he, or his party leader, is above blaming the past for the present.

7. If a kid at a school, throws food, the problem is with the kid, not the item of food. Despite this glaringly obvious statement, a school in Essex had a review "of the texture and shape of the flapjacks" after a kid was hit in the face with a flapjack of the triangular variety. Or you could just tell the kids that throwing food is a dick thing to do. Easy!