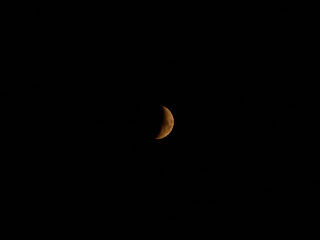 Well, this is interesting... David Goodhart has responded to my last two blog posts, where I can be found criticising his ridiculous portrayal of the borough of Merton, in particular a distorted view of the impact of the Baitul Futuh mosque on the community, and a reflection on the response to the blog post.

I invited him to respond and this is what he shot back with over Twitter:

@David_Goodhart
@georgialewis76 happy to reply to Ranting person though the single FACTUAL criticism of me is wrong. Merton is 48 per cent white British.

Good. Fine. So why did Goodhart not include this stat in his article with a source? I asked him this and challenged him as to why he used generalisations about white people throughout the article. He uses the word "white" without any nuance using lines such as "The white population has more or less shuffled along the bench and allowed others to sit down" and "Poorer working-class whites are doing worst of all in Merton."

This attracted a response from Goodhart that basically asks me to buy his book, which is plugged at the end of the original Daily Mail article:

I told him that any relevant stats should be sourced in the article. That would be good journalism. There is no reason why someone at the Daily Mail couldn't have edited the article to cite sources. Indeed, Goodhart could have requested this before publication - the article is an extract from a book he is desperate to sell. The only footnote to the article is a line about how much the book costs and how to buy it.

Aboo Salik, tweeting as @aboosalik weighed in with:
@David_Goodhart how many factual criticism do you need? "Replacing the dairy which provided jobs for few hundreds" "when it was closed for 7-10 years and was the local crack den? Or small elite being invited to the mosque."

I'd also love to hear the justification for this part of the article, in which Goodhart creates the false impression that the mosque builders kicked out the dairy and caused hundreds of workers to be sacked and conveniently leaves out the fact that there was almost a decade between the end of the dairy and the start of the mosque.

Aboo Salik then goes on to win the internet when he invites Goodhart to get involved with a charity event in Milton Keynes that the mosque is helping. Just in case he is busy that day, Aboo Salik also suggests that Goodhart could possibly make a donation. After all, the multiple charities that will benefit from the event do indeed include those that help poor people, including the "poor white people" Goodhart mentions in his article. And failing that, Aboo Salik also tells Goodhart he is welcome to visit the mosque at any time. Surely that would be a good thing, no?

The invitation to visit the mosque is sincere. Surely, in the interests of fair journalism, the Daily Mail would be interested in a follow-up piece after Goodhart failed to mention the mosque's work for secular charities in his original article. After all, this is a newspaper that cannot get enough of follow-up articles by people such as Samantha Brick tackling the big issues of being too attractive for this cruel world.

At the time of writing, Aboo Salik had emailed Goodhart an invitation to visit the mosque and to attend the mosque's charity events. Goodhart is now considering the invitation. I will be visiting the mosque on April 12.