The idiocy that is celebrity role models 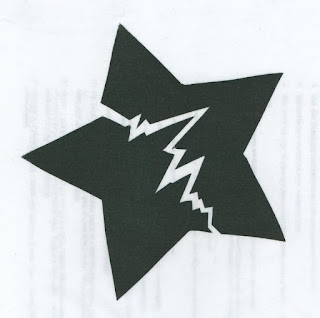 Every time a celebrity does something stupid, the inevitable cry from the gallery of pearl clutchers is: "But he/she is a role model for the children!".

Except they're not. They're human beings who happen to be very well paid for whatever it is that has made them famous. These people are usually physically attractive - indeed, this often helps make them more famous than actual talent - and they can be regularly seen on magazine covers, in newspapers, on TV and online.

Unless they actually publicly state that they would like to set a good example for kids everywhere, these people are under no obligation to meet any minimum behaviour standards as deemed appropriate by the gallery of pearl clutchers.

Premier League footballers, for example, are young, fit, healthy, wealthy men who are blessed with the ability to skilfully kick a ball. For this, they frequently earn more in a week than many of us earn in a year. Why is anyone remotely surprised when they sleep around or drive fast cars idiotically or behave like entitled brats? Obviously, not all of them behave like dickheads. Plenty are perfectly nice blokes. But when a footballer scandal breaks out, it's not about letting down their kiddie fans. It's about young rich men behaving in an entirely unsurprising manner. Cue the opening of the No Shit, Sherlock files.

Or when Rihanna again returns to the abusive and awful Chris Brown or tweets photos of herself in various states of inebriation, the instant reaction is an appalling mix of victim-blaming, slut-shaming and freaking out about the example she is setting teenage girls. Instead, the reaction should be to have proper discussions about domestic violence, about how being a celebrity isn't a guarantee that you'll be immune from douchebag boyfriends, about how it's perfectly fine to emulate Rihanna's style or enjoy her music, but that doesn't mean copying her life choices is compulsory.

When a celebrity does something stupid, it's an opportunity for parents to, oh, I dunno, actually have a conversation with the kids about it all. As soon as a kid can read a magazine and look up stuff online, that's when it's important to talk to them. It is easy to see how young people develop the idea that celebrities have an apparently easy and glamorous existence. This leads to the notion that footballer's wife, reality TV star or glamour model are all realistic career paths.

I know it all sounds way too hard but there is no reason why young people can't be taught to be critical consumers of media. Why not explain to the teenage girl who hates her spots and her thighs that the images in magazines are PhotoShopped to within an inch of their lives? Why not tell a boy whose favourite footballer has been caught in bed with three prostitutes and enough white powder to do the hotel's laundry that he can admire him for his on-field skills but that off-field behaviour is separate and nobody's damn business?

It is naive to try and shield kids from the world of celebrity. It is naive to think an earnest conversation over the breakfast table will mean a 14-year-old girl will stop wanting Kim Kardashian's hair and put up posters of Marie Curie instead. It is farcical to think a football-mad boy of the same age won't get excited at the thought of being a wealthy Premier League star with a Ferrari in the garage. But it is commonsense to respect their intelligence enough to talk about celebrities with them, challenge their notions of role models, and gently let them know that finishing their education is a wise idea, regardless of what path they might choose as adults.
Posted by Georgia Lewis at 11:55