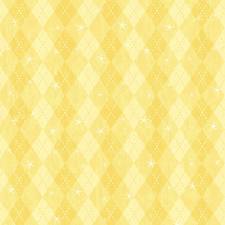 I had an interesting Twitter conversation last night. It all started when I retweeted the fabulous Freya, who tweets as @FuzzCookies. Reflecting on yesterday's awkward Conservative-Liberal Democrat Coalition mid-term review press conference, she observed: "When Nick Clegg needs the toilet at work, he usually has to raise his hand for permission. Not today on Coalition Birthday as a treat."

Yes, it's lavatorial humour but an apt analogy for the toothlessness of the Liberal Democrat Deputy Prime Minister. It's in the same vein as Private Eye magazine's The New Coalition Academy satire which portrays the government as a dysfunctional school with David Cameron as the headmaster.

But Baroness Meral Husseine-Ece, a Liberal Democrat peer who tweets as @meralhece, didn't find Freya's tweet nearly as amusing as I did and responded to Freya and I with: "Really unfunny."

Being berated by a Baroness for sharing "potty jokes" certainly appeals to the naughty schoolgirl side of my nature, and soon a lively discussion ensued as to whether or not Freya's original tweet was funny. Then Tara Hewitt, who tweets as @Tara_Hewitt, weighed into the chat. Tara describes herself as a "Blue Blairite" in her blog - a Tony Blair supporter and NHS diversity consultant who has since joined the Conservative Party. Tara commented that she supports the coalition and pointed out that it was good policy on the part of the Lib-Dems to raise the tax threshold.

Yes, that was a good policy but, as Freya pointed out in her inimitable style, it was "like finding a tiny diamond in a football pitch-sized flurry of shit." Yep.

The simple fact is that the coalition is not really working. It was a flawed idea from the start because the Conservative Party and the Liberal Democrats are just too different. In Australia, there is a long-standing coalition that is currently in opposition. But it is a coalition of the Liberal Party, a conservative party despite the name, and the National Party, a conservative party with a strong focus on the interests of rural Australia - as such, regardless of what you might think of Australian Tories, it is a coalition that makes ideological sense.

In the last general election, it was obvious plenty of people were dissatisfied with Gordon Brown's Labour government but the outcome was intriguing. Plenty of seats went to the Conservatives - which was understandable and not surprising - but a big chunk of votes also went to the Liberal Democrats. It wasn't enough to form a Lib-Dem government in its own right, but it was enough to send a message that many people in Britain didn't feel as if a more conservative pathway was the answer either.

Fear of a minority government reigned supreme and a coalition was formed. It was like being at a wedding where all the guests know it isn't going to work out, but nobody is able to stop it from happening.

It is clear the coalition is at odds on welfare reform, unity on marriage equality is proving difficult despite David Cameron's support, there are schisms over Britain's role in the European Union and issues such as the tuition fees debacle led to Nick Clegg broadcasting a apology. The apology then went viral on YouTube as an wobbly auto-tune song - when you go global via a really unfunny form of comedy, it's time to reassess your life.

In yesterday's press conference, Cameron and Clegg vowed to hold it together until the next election in 2015. But this is going to make for a bizarre election campaign for the Lib-Dems when the time comes. Over the next two years, will they continue to compromise the values of their party and support Conservative-led policies but then offer a new raft of policies for the election which will be at odds with Tory policy? If they do that, will any left- and centre-left-leaning voters trust them enough to support them for another term? If they don't do that, however, the Lib-Dems may as well join the Conservative party and be done with it.

Will this mess lead to the rise of UKIP as the third major political party in Britain? My tip is that it won't, despite the outcome of some recent opinion polls and Labour may just squeak into office. I can't see the Lib-Dems performing brilliantly at the next general election - local government elections are an indication of that (although, frankly, it'd be great to see party politics removed from local government but that's another rant for another day, suffice to say I wish Siobhan Benita was the mayor of London.).

UKIP is currently attracting kneejerkers who feel David Cameron isn't being conservative enough, but the party holds limited appeal for younger voters. UKIP leader Nigel Farage is valiantly claiming to be an eccentric, but I can't see him becoming a serious force in British politics as long as enough people see him as an anachronism, a racist or just a lunatic.

The Chinese curse "May you live in interesting times" could well apply to the next two years in Britain. By 2015, we will know if the welfare reforms actually got more people off benefits and back in the workforce. Whatever the case, we will still have potty jokes to amuse us. Whether we will have a pot to piss in remains to be seen.