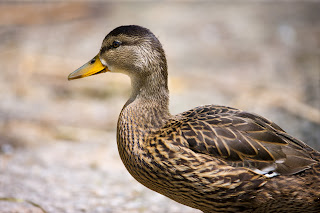 The notion of privilege is a rubbery one. Just because someone is a wealthy, white male living in a wealthy western country, for example, that does not make him immune from experiencing violence, depression or serious illness. And someone who is living in disadvantaged circumstances, such as a family with inter-generational unemployment, may have privileges that would be denied them if they were in the same circumstances elsewhere.

Sometimes what should be a universal right is a privilege, something available to some but not others. An example of this is Britain's NHS, available to people across the socio-economic spectrum. It is not perfect, accessing certain treatments can be a postcode lottery, and every time Jeremy Hunt, the inappropriate and unqualified Health Secretary, opens his mouth, I am terrified he is going to announce its disbandment - but what it does offer is free pap smears for women aged 25 and above.

Yes, lying back on a narrow bed in a clinic, taking off your pants, spreading your legs and having an instrument that resembles a plastic duck bill inserted into your vagina so that a few cells can be gently brushed off for pathological analysis is a privilege. This is a privilege denied so many women across the world.

Women in Guinea and Burundi have the world's highest rates of death by cervical cancer, at 23.7 and 22.4 per 100,000 respectively. Women in countries such as the United Arab Emirates, where healthcare for expatriate women is dependent on the level of insurance offered by your employer, often miss out on receiving pap smear coverage, especially if you're unmarried and the insurer lumps pap smears in the same category as "fertility treatment". The rationale is that because premarital sex is illegal in the UAE, unmarried women shouldn't be having sex and thus don't need fertility treatment, even though a pap smear is not actually a fertility treatment. For local Emirati women, a lack of education and taboos surrounding the open discussion of sexual health issues, can also mean cervical cancer screening is not as common as it should be.

If only women across the world could enjoy the same access to pap smears.

I have already blogged on this a couple of days ago because it is Cervical Cancer Awareness Week - the age for your first pap smear on the NHS should be lowered from 25 to 20. The age was raised from 20 to 25 in 2003 because "only" around 3% of cervical cancer cases affect this age group and the high number of abnormal smear test results in the age group leads to more false positives. But this is cold comfort to those who have lost daughters, sisters, friends, partners and wives to cervical cancer under the age of 25. Surely it would be better to revise the raised age once the rates of teenage girls receiving the HPV vaccination reaches much higher levels?

Britain's easy availability of the HPV vaccine, which prevents many forms of the cervical cancer-causing human papillomavirus, is another privilege everyone's daughter should be enjoying.

Since 2008, the HPV vaccine has been available to girls in Year 8 of high school. But there are still issues with the uptake of this and the problem lies with the poor example many parents are setting their daughters. A University of Manchester study of 117,000 girls showed that the uptake of the vaccination was just 58% among 12-13-year-olds whose mothers had never been screened for cervical cancer. In the same age group, the uptake was almost 84% among girls whose mothers had been screened in the past five years.

Mothers who are not setting an example to their daughters by not getting regular pap smears and, presumably, not talking about it either, are the ones most likely to have un-vaccinated daughters. We don't know the circumstances behind each and every vaccination refusenik - is it a case of girls not liking needles? Are parents unconvinced by the need for the vaccination? Are parents ill-informed about the vaccinations? Are there parents out there who truly believe it is a "slut needle" in the same way Rush Limbaugh believes that birth control pills are for "sluts"?

Is it simply a matter of cervical cancer not being discussed in many British households? Well, I'm sorry, but the time has come to have those discussions, to get over yourselves, to quit being prudes, to recognise that words like "vagina" and "cervix" are not rude words, but anatomical terms every young woman needs to know about and be able to say without hiding behind the sofa and turning beetroot-red.

Add to this the fact that 20% of women eligible for pap smears on the NHS simply don't bother. My friend Jai Breitnauer blogged eloquently on this as well as the HPV vaccination uptake scandal this week and I urge you all to read it.

The women and teenage girls of Britain are in a privileged position when it comes to cervical cancer screening and prevention. Sometimes privilege doesn't come in obvious forms such as wealth and power. But a privilege that comes in the form of a needle, a speculum and a brush is one that will save lives. And one day, when every woman can receive cervical cancer screening, and every young girl can be vaccinated against HPV, that privilege may become a worldwide right.