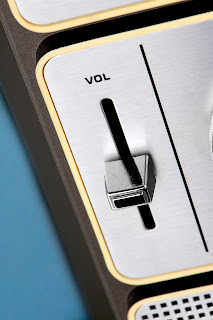 I lived for five years in a country where excessive female flesh is either obliterated from magazines with black marker pen, even a cheeky hint of side-boob, or the offending pages are torn out altogether. I never saw Porky Pig on TV. I got a letter from the Ministry of Information because the magazine I was editing had a (flesh-free) advertisement for Duo condoms in it - this letter arrived, without a trace of irony, in the same week as the launch of the country's first AIDS awareness campaign. This coy campaign failed to mention sex and gave no real clues as to how HIV might be transmitted. When Puss In Boots hit the cinemas, it was given the absurd new title of Cat In Boots in case the word "puss" caused offence. References to prostitution were redacted from Les Miserables, thus rendering Anne Hathaway's performance pretty meaningless.

How quaint it must be there, you may think. The country I lived in for five years was the United Arab Emirates and, yes, there were plenty of times when the bizarre censorship caused my head to connect with my desk. But countries that rank much higher up the World Press Freedom Index than the UAE at 112 are also capable of stupid censorship.

Exhibit 1: The BBC shot itself in the foot by deleting a classic scene from a repeat of Fawlty Towers. Major Gowen is telling Basil Fawlty an anecdote about going to see England play India in the cricket. He says he went to the match with a woman who "kept referring to the Indians as niggers. 'No, no, no,' I said, 'the niggers are the West Indians. These people are wogs.'"

Their defence was that it was inappropriate to use the word "nigger" before the watershed. If that's the case, the episode should have been broadcast later in its entirety. The joke is on the Major - John Cleese and Connie Booth were satirising a racist character when they wrote the script.

It could be argued that the cartoonish Manuel is a racist character, an embarrassing, dated caricature of a Spanish waiter. But even that argument is too simplistic and fails to recognise that Manuel constantly gets the better of the snobbish bigot that is Basil. When Manuel says: "I know nothing!" in relation to a bet on a horse race that Basil is trying to hide from his wife Sybill, the accent is pure cheese, but the weekly screwing over of Basil is real comedy. Basil is similarly screwed over by Manuel in another episode where a Lothario-type character offends Basil's uptight morals. Basil assumes the Lothario is an idiot but he is able to converse with Manuel in perfect Spanish.

But enough about my scarily encyclopaedic knowledge of Fawlty Towers...

Exhibit 2: Australian commercial TV channels are not known for being bastions of progressive liberalism. As such, they all banned Dick Smith's Australia Day advertisement for his line of Australian-made and owned foods. It features much innuendo surrounding the phrase "I love Dick", which upset the pearl-clutchers, and the bit where he hands out his products to grateful refugees landing ashore in a burning boat upset the professionally sanctimonious - who thought it was patronising to asylum seekers - as well as anti-immigration types who object to any depiction of refugees being welcomed to Australia.

Yes, the ad is crass and jingoistic - but such things are not illegal in Australia, nor should they be. The ad was no less insulting to anyone's intelligence as ads that depict women as perfect housewives, men as useless dolts who'd put the baby in the oven and the roast chicken in the cot if they were left unsupervised, or any tampon ad involving white bikinis, windsurfing or running joyously on a beach.

In short, it was another example of stupid censorship.

Exhibit 3: The silencing of rude words on American television. Freedom of speech clearly doesn't extend to rude words uttered by comedians who are known for, er, being rude. Jon Stewart of The Daily Show and Joan Rivers of Fashion Police are so regularly silenced that sometimes it's hard to tell what word has been deemed so offensive. This is not helped by Joan Rivers' collagen-filled lips, but I am pretty sure "tits" was the oh-so-shocking word the other night. Censoring comedy for grown-ups by grown-ups aired at a time when grown-ups watch TV is ridiculous and childish.

These three examples of censorship are moronic and illiberal. If we put up with it, it becomes acceptable via complacency, and more stupid thought policing will surely follow. This nonsense is only acceptable to adults who enjoy being treated like dimwitted children.

But these examples are chickenfeed in comparison to a nastier, more insidious form of censorship, a horrible corruption of free speech that is not constructive in the slightest. I am referring to the online bullying of Professor Mary Beard after her appearance on the BBC's Question Time. She made perfectly reasonable comments about the benefits of immigration. Naturally, people are entitled to disagree with her comments. Open debate is essential for any functioning democracy.

Personal attacks, however, are disgraceful. How was the immigration debate advanced by the troll who called Beard "a vile, spiteful excuse for a woman, who eats too much cabbage and has cheese straws for teeth."? Or by the idiots with too much time on their hands who superimposed her face onto pictures of female genitalia? The now-closed Don't Start Me Off website was a particularly horrible place to be after they declared Beard the "Twat of the week" and the trolls came out from under their miserable little bridges.

Nobody should be shedding any tears for the closure of Don't Start Me Off. It was a total waste of bandwidth. For while it may be argued that the closure of the site hampered the free speech of the morons who lurked there, such mass hatred will only deter women from accepting invitations to participate in public discussions, such as Question Time.

Mary Beard showed great courage and humour in speaking out against the mindless misogyny. She will grace our TV screens again because she is smart, interesting and far more accomplished than anyone who thinks a picture of a face on a vagina is comic gold. But many are not as thick-skinned. Many intelligent women may think twice before appearing on TV lest they don't meet some absurd standard of beauty and their voices are drowned out by an asinine rabble. A loud, cruel pack of intellectual bankrupts should not be allowed to stifle debate. That is censorship at its ugliest.