My feminism is better than your feminism! 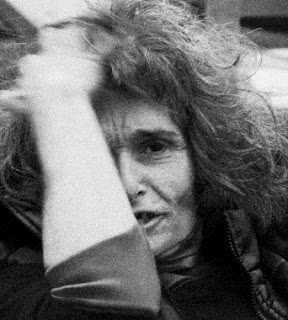 It has been rather unedifying to watch the slanging match unfold in the wake of Suzanne Moore's "Brazilian transsexual" one-liner. In her piece, written for an anthology and reprinted in the New Statesman, this was the bit that caused the most furore:

"We are angry with ourselves for not being happier, not being loved properly and not having the ideal body shape - that of a Brazilian transsexual."

Once it was published in the New Statesman, after existing for months without causing controversy, it didn't take long for Twitter to erupt, slamming Moore as transphobic. She quit Twitter after firing off a few angry responses to her critics, she returned to Twitter and she apologised. And now people are arguing about whether her apology was the right kind of apology.

Moore's initial defence of her turn of phrase was that it was a "throwaway line". Perhaps it wasn't her best use of the English language, but as someone who has been a newspaper columnist, I know how easy it is to write a word, a phrase, or even an entire column and not realise you've caused offence until it has been published. That happened to me back in 2004, when I wrote a column for the Sydney Morning Herald that compared the attention breast cancer research receives in comparison to bowel cancer, which kills more people but gets far less publicity. It didn't attract the same onslaught of comments as Suzanne Moore's  piece, but I was called out for using the word "funbags" in a breast cancer column. Among the angry emails I received, one reader told me how awful I was and wondered out loud how I'd cope with the pain of breast cancer.

Then Julie Burchill weighed in to defend Moore in the pages of The Observer, but it has now been deleted. Her childish, hateful rant made Moore's piece look about as tame as a polemic on church tea parties. Aside from pushing the bizarre and ill-informed notion that all transsexuals are middle-class and over-educated, Burchill blathered on about "dicks in chicks' clothing", "shims", "shemales" and "a bunch of bed-wetters in bad wigs." When she compared the word "cisgendered" to words like "cistern", she morphed into a puerile schoolkid who just realised "pianist" sounds a bit like "penis".

A moving piece from Paris Lees, a trans woman, does Moore more favours than Burchill's ham-fisted attempt at being heroic.

Then Lynne Featherstone, former Equalities Minister and Lib-Dem MP for Hornsey and Wood Green added to the idiocy by calling for Burchill to be sacked. As a freelancer, Burchill isn't actually on staff at The Observer, but that didn't matter to Featherstone. Unless a journalist has actually broken the law, it is completely inappropriate for an MP to call for a sacking. That is not the role of any MP who wants to be seen as not attempting to influence the press. And people wonder why I am cynical about the Leveson Inquiry...

Featherstone can now calm down. The offending article has been deleted. On one hand, it's a shame because I like to know exactly what people are thinking and what ideas they are putting out there. If the hatred is out there where we can all see it, we know what we're dealing with. But it is the editor's prerogative to take down a piece if they look back and decide it is inappropriate. No editor has 100 per cent perfect judgement 100 per cent of the time.

It has become a very nasty argument very quickly, frequently boiling down to semantics at the expense of real issues. Honestly, critics from the right must be loving this "my feminism is better than your feminism" spectacle. It is only a matter of time before some cretin from the right will describe it as a catfight and think he or she is being incredibly hilarious and original.

And in the midst of it all, Moore made an interesting point when she said she is "less concerned with people's genital arrangements than the breakdown of the social contract." This line caused offence but it requires more nuanced analysis.

We could argue until the cows, sacred or otherwise, come home about whether one is born or becomes a woman. And that argument would end up with most participants sounding like crappy motivational posters.

Instead, it is important to acknowledge that the experiences of teenage boys who decide to undergo gender reassignment surgery as adults can be different to those of teenage girls struggling to find their place in the world. But both groups frequently experience abuse, oppression, confusion, physical pain, emotional distress and other assorted horrors of adolescence, great and small. And both groups can equally call themselves women and they deserve all the respect that should entail.

Trans women are part of the feminist fold. Different women face different issues and the experiences of sexism (or lack thereof) are not the same for everyone. The issues faced by Saudi women on a daily basis, for example, are different to those I face in my day-to-day existence in London. I have learnt about how trans women have experienced poor treatment by some members of the medical profession in ways that I have never experienced or had imagined until I was made aware of the issues.