And it's yet another world of stupid... 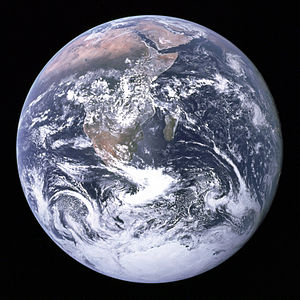 I might have to make World of Stupid a weekly feature on my blog for there is so much idiocy going on in the world that I can barely keep up with it all. Here are some recent highlights that deserve exposure...

1. Today a woman in Cambridge presented the Duke of Cambridge with a babygro. Never mind that as far as we know his wife isn't actually pregnant, some halfwit still thought that was an appropriate present to give to a childless man. Apart from the grotesque womb-watching this woman and countless other idiots across Britain are indulging in, what's truly moronic is giving such a present to the insanely wealthy. If anyone will be able to afford clothes for their future children it's Wills and Kate. There are so many more people in Britain more deserving of free baby clothes. Why not give them the damn babygro?

2. In America, there was much hysteria over the South Florida Planned Parenthood clinic offering $10 off a clinic visit (for whatever women's health-related reason...) and $5 off emergency birth control last Friday, known as Black Friday. According to assorted pearl clutchers, this was actually "discounted abortions". Except it's not. Nobody wandered in to the clinic on a whim to terminate a pregnancy as one might do if it was $10 off a cute pair of shoes. If you're going to slag off Planned Parenthood, at least try and be accurate.

3. Some idiotic parents named their newborn daughter Hashtag. I have no more words for this.

4. The UKIP candidate for the North Croydon by-election claims that gay couples shouldn't adopt children as this is an abuse of the child's human rights. He also claims gay couples might raise their kids to be gay. Because clearly that is how the gay happens. On the upside, he is fine with single people adopting but he has not specified whether he'd prefer single people to be heterosexual in order to adopt. Please, if you live in North Croydon, do not vote for this buffoon.

5. Chris Brown has mercifully left Twitter. But not before one last stream of intellectually bankrupt invective at a woman in which he expressed a desire to open his bowels and fart on her.

Ahem. And on that classy note, I must go and have some dinner...

UPDATE: And I've had dinner, caught a plane to Doha and experienced idiocy on a massive scale. The people who stand gormlessly on travellators as if they're on the world's shittest fairground ride are to be expected. But then there are the people who look astounded when they sit in someone else's seat and that someone appears and wants to sit in their seat. As happened to me last night. There was a sleeping child in my seat, next to her grandmother and her father who was meant to be sitting seven rows away.

As my seat was in the midst of a feral family group, I moved to the father's original seat - an aisle seat, when I prefer a window seat, but it was away from the rabble. Sadly, the seat was next to a fidgety woman with a weak bladder so every time I almost got to sleep, I'd be woken up so she could go to the loo.

In the meantime, my toe, which I'd stubbed at home before going to the airport, swelled up and turned black. Oh, and a moronic mother felt that the bit of aisle right beside my goddamn seat would be a great place to hang out with her child (who was actually very cute but at that moment became the demon groin trophy of Lucifer...). That wouldn't have been so bad if (a) I didn't want to sleep for the whole flight and (b) she didn't think that moment was the best time to teach her kid the bloody annoying Heads and Shoulders, Knees and Toes song. They got my best withering stare.

As a result, I got about three minutes sleep, spent most of this morning in Doha flitting between medical centres to get my foot X-rayed and diagnosed while haemorrhaging cash (but was grateful I wasn't in the same position in America without insurance). It turns out my black toe isn't broken but it is badly bruised and sprained so I am currently on my friend Rachel's sofa with an elevated, ice-packed foot. Hopefully, I will be able to walk on it tomorrow when I have work to do and people to meet - although I did make a grand entrance at the airport in Doha this morning in a wheelchair on the back of one of those little trucks that loads the food onto the plane.

The anti-inflammatory is making me feel a little odd so I probably shouldn't add wine to the mix lest I morph into Liza Minnelli...