In bed with David Cameron? Who cares? 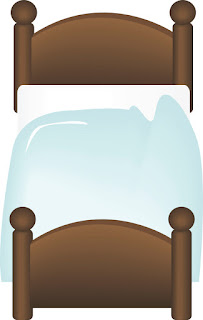 The winner of today's Non-News Story of the Day prize is the Daily Mail. Normally, this would be because they have tried to pass off "mildly-famous-woman-wears-dress-that-journalist-describes-as-"daring"- even-though-it's-not-1954" as "news". But they win the prize today for even more pitiful reasons. The deluded journalist, Simon Walters, is labouring under the misapprehension that revealing the content of texts between Prime Minister, David Cameron, and ex-News of the World editor, Rebekah Brooks, is somehow explosive.

It's about as explosive as a fart in the ocean. Instead of anything remotely hard-hitting, we are privy to lame texts about a feisty horse of Brooks' that Cameron rode, and a gushy message from Brooks telling him his speech made her cry twice and that she will love 'working together'. The inverted commas are hers. But this punctuation is enough for an outbreak of nudge-nudge-wink-wink.

An "insider" is quoted in the story as saying: "These new texts are of no great significance."

And he or she would be correct. There is nothing new here but that hasn't stopped a fresh tide of speculation and not just from Mail's obsessive online commentators. They are now speculating on the state of David Cameron's marriage and drearily opining that his wife, Samantha, always looks so unhappy. Cue a fresh load of gossip as to whether Cameron and Brooks are more than just friends, including tweets about Brooks staying at Chequers, minus her husband, when Samantha Cameron was eight months pregnant.

Firstly, we've already heard tales of Brooks attending a pyjama party with Sarah Brown, wife of ex-PM Gordon Brown, Brooks telling Cameron that "lol" is text-speak for "laugh out loud", not "lots of love", the socialising of the Chipping Norton set, and the farce of Cameron admitting he rode an ex-police horse that Brooks owned. How he kept a straight face while admitting to riding the horse and expressing sorrow that the poor creature was no longer with us is a mystery to all.

We already know that Cameron and Brooks have a close friendship, regardless of whether anything of a sexual nature has ever happened or not. They are both complicit in feeding not only their own lust for power, but also the megalomania of the Murdoch empire.

Secondly, any new information that has emerged on this gloomy, cold Sunday only serves to remind us that, apart from Brooks losing her job, nothing has changed. Jeremy Hunt's inappropriate dealings with Murdoch in regard to the BSkyB takeover bid when he was Culture Secretary have done his career no harm. He has been promoted to Health Secretary despite that appointment being about as suitable as casting Miley Cyrus as Hedda Gabler.

There is already enough evidence of the grubbiness and outrageous inappropriateness of Cameron-Brooks relationship without any need for speculation about any more intimate goings-on between the two of them. It is completely irrelevant. It's nobody's business. Cameron did not run for office on a platform of outlawing adultery. His sex life is not in the public interest, unless it involves children, animals or a lack of consent. There may have been inappropriate pillow talk, there may not. There has certainly been inappropriate conversations between Cameron and Brooks via text and socially without getting into bed.

We must not let schoolyard gossip get in the way of what has really been going on and that is, quite simply, that for too long, successive governments have been too busy getting too close to journalists.

Not only are we getting governments who are not focused on doing what is best for Britain, but we are getting a media that is not good at keeping government accountable. If anything, the Daily Mail, by running this story, has created a distraction from real issues, such as welfare cuts and the future of the NHS. It is better for the conservative agenda to have everyone wondering out loud if Cameron and Brooks ever slept together than to let the masses get too angry about what is happening to this country.

Image courtesy of www.kozzi.com
Posted by Georgia Lewis at 13:45