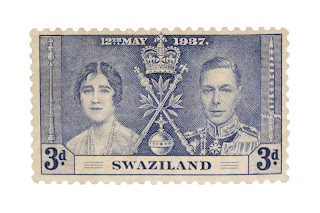 Yesterday's front page of the Evening Standard may as well have carried the headline: "SURVEY SHOCK: BRITISH PEOPLE FAIL TO UNDERSTAND HOW A MONARCHY WORKS".

According a Kings College London/Ipsos Mori survey (and surveys are always a fine source of nonsense and general bullshit), Prince William is currently the most popular member of the Royal family, followed by the Queen. No huge shock there given the hype around last year's wedding and this year's Jubilee. Next on the list came Prince Harry then the Duchess of Cambridge and poor old Prince Charles came in at number five.

Ipsos Mori director, Roger Mortimore, has extrapolated from the survey that: "A lot of people would like the idea of William succeeding straight away. He is young and good-looking and popular."

And here we go again with the familiar refrain from those desperate to keep the monarchy relevant: that it'd be just awesome if we skipped over Charles and let William take the throne when the Queen passes on. Except that's not how monarchies work. The whole point of a monarchy is that the next person in line will indeed inherit the throne, regardless of public opinion or suitability for the role.

Sure, the Royals have made a few attempts at modernisation over the years. The Queen started to pay tax, albeit in response to public pressure, and this year, she announced that if William and Kate's firstborn is a girl, she will still be allowed to inherit the throne. It's hardly a great stride for feminism or women's independence - Kate had to be confirmed into the Church of England before the wedding, if she was a divorcee, William would have been compelled to give up his claim to the throne to marry her, as per the Edward-and-Wallis marriage of 1937, and because her main role in life is now to produce and heir and a spare, the media is on a grotesque uterus watch.

Of course, if her Majesty is tired after 60 years of reigning and 65 years of marriage to Prince Phillip, she could always abdicate and pass the throne over to Charles now. Edward VII abdicated to marry Wallis Simpson, there was a scandal at the time involving plenty of slut-shaming of the highest order, but the world kept turning, his brother became the king, and we all got to enjoy The King's Speech. No real harm done.

Or is there? The other line monarchists like to spin is that the Royals are mere figureheads with no real political power. Except that Frank Gardner revealed that the Queen has indeed opined on why Abu Hamza was still in Britain rather than being deported to the US for trial. Her views on the matter echoed popular opinion but it was still an opinion expressed to people of influence by a woman who is meant to be above politics.

Plans for same-sex marriage legislation, meanwhile, were conspicuous by their absence from her speech for the opening of the current session of Parliament. Her speech is written by cabinet - were they worried that it was not an appropriate topic for the Queen's dulcet tones or were they trying to put marriage equality on the backburner for this session? Whatever the case, it is impossible not to politicise a speech written by politicians, regardless of who delivers it.

Then there was the revelation that Prince Charles had written 27 letters to Tony Blair when he was Prime Minister. In a massive failure for democracy and transparency, Attorney-General Dominic Grieve blocked the release of the reportedly frank letters despite three judges ruling that the release was in the public interest.

Moronically, Grieve blocked the release "because if he forfeits his position of political neutrality as heir to the throne, he cannot easily recover it when he is king." He fails to appreciate that as taxpayers who fund the Royal family, we do have a right to know if Prince Charles is trying to use his position to influence policy. If Prince Charles wants to play a role in Britain's political life instead of being a politically neutral Royal, he needs to renounce his position and become a private citizen - then he is free to express his opinions in whatever way he sees fit or he can get himself on the electoral roll and run for office, if he wishes.

But it's easier for Prince Charles to influence policy on the sly with no accountability or transparency while living at the expense of the taxpayers. People of Britain, this is your future king. "If it ain't broke, don't fix it!" is another glib catchcry of monarchists who try and convince us all that the Royal family is benign. But it is broke and it needs fixing very badly.