Don't mess with Texas if you're opposed to birth control... 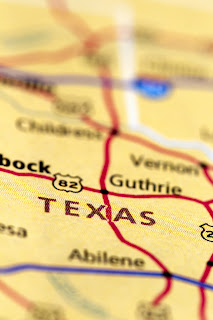 Texas, I've heard, is an interesting place. I'd like to check it out one day. One of my closest friends is a Texan and she is hilarious. I think I'd have fun there. What isn't fun is the notion of squeezing the entire world's population into Texas, all seven billion of us and counting.

But this is the bizarre argument of certain elements of the anti-choice brigade when they are opposing not just abortion but also access to birth control, particularly for women in developing countries who, quite frankly, might just want a few more choices in their reproductive lives. Yes, the good news is that we can all relax and breed merrily, regardless of our circumstances because agenda-ridden groups say we can all fit comfortably into Texas. This is according to the Population Research Institute, founded by Father Paul Marx, a Roman Catholic priest. No prizes for guessing his standpoint on birth control and abortion.

But as much as I disagree with most of his views, I accept he has the right to hold such views. Indeed, as a prochoice person, I agree that the forced abortions that happen in China as a result of the one-child policy are unacceptable. What is absurd, however, is using the "we all fit in Texas" analogy to argue that the world is not yet full and nobody needs birth control.

The PRI quotes the UN Population Database, which states that in 2010 there were 6,908,688,000 of us on Earth. They go on to say the landmass of Texas is 268,820 square miles so if that is divided up amongst everyone on the planet, we each get a seemingly generous 1,084.76 square feet per person. Hell, that's more space than I have in my whole house and I share that with one other person! Under this plan, I could have more space to myself and so could my husband! What's not to like?

How about the mind-numbing simplistic nature of this line of thought? I get that the Texan analogy is not meant to be taken literally. The PRI is not suggesting the entire world move to Texas and actually admits on the website that this hypothetical utopia would just be "one massive subdivision".

That's what makes the analogy seriously stupid - the 1,084.76 square feet we should each be enjoying doesn't take into account the space we take up when we are at work, when we are enjoying leisure time, when we go shopping and run errands, the roads and railways required to transport people to places aside from their homes, or the need for infrastructure, such as sewerage and drainage systems, water supplies and energy generation facilities or any sort of manufacturing industry or agriculture. Indeed, millions of people across the world do not enjoy basic education, nutrition or healthcare, never mind the work, shopping and leisure opportunities I mentioned. What the hell kind of economy is funding this hypothetical space that can fit seven billion-odd people?

The PRI's disclaimer is that Texas represents "a tiny proportion of inhabitable Earth." As such, seven billion of us can all fit quite comfortably on this planet. Except that land, wealth and food are not distributed fairly, vast swathes of beautiful natural landscapes are destroyed on a daily basis to make room for more people and for the infrastructure and industries needed to support everyone, as well as the industries that are pretty much created to make rich people even richer but don't necessarily benefit society as a whole.

For some additional idiocy, the PRI's analogy assumes that the average family has four people in it. Except that family sizes vary across the world - if anyone should be aware of that, it's an organisation that professes to research population. The rhetoric of PRI also ignores quality of life and places sheer quantity of life as being far more important in every circumstance.

If you are using this Texan analogy as an argument against letting women access birth control, you are oversimplifying a complex issue. Fighting poverty and ensuring our planet has a sustainable future will require long-term cooperation between multiple governments, it will require massive investment across the globe in healthcare and education, it will require entire nations to look at changing cultures of pollution and waste. And that's just for starters.