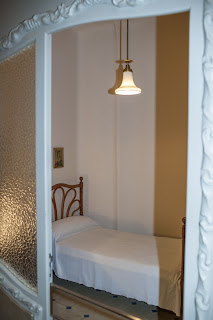 Nadine Dorries is whining again today. She says she was given permission to take four weeks off while Parliament was sitting, but admits she didn't disclose that she wanted the time off to go to Australia and appear on I'm A Celebrity, Get Me Out Of Here. Now everybody is picking on her. Boo and also hoo. But there is an element of hypocrisy - no Member of Parliament should be allowed to take additional time off unless they are ill or there are genuine personal reasons for taking extra leave, such as bereavement. This is how it works for the rest of us. Why should MPs be any different?

And while we're at it, how about we make the working lives of MPs more like the working lives of the people they represent? Perhaps we should view Parliament as being like the London head office of a company that has branches across the whole nation. Below are a few pointers on how MPs can live like the rest of us, not make outrageous expense claims and maybe even save taxpayers some money. This is how it works for employees, especially in the private sector. Surely the Conservative Party cannot object to Parliament being run more like a private company...
Image courtesy of www.kozzi.com
Posted by Georgia Lewis at 04:37