This week's world of stupid 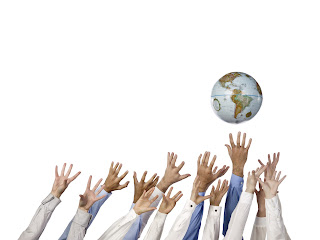 The week started well - I was having a great time in sane, liberal Amsterdam and Barack Obama won the US election. Then the wheels started to fall off.

And Nadine Dorries happened again. This time, the MP buggered off to Australia to appear on I'm A Celebrity, Get Me Out Of Here without telling anyone. On one hand, it is brilliant that she is currently not here in Britain. On the other hand, it is beyond scandalous that she is still accepting her taxpayer-funded salary, neglecting her constituents and abandoning her seat for important votes in the House of Commons. She further raises the idiot stakes by claiming that her appearance on a moronic TV programme will get people interested in politics and raise awareness of her views on abortion. If you are unaware of Nadine Dorries' views on abortion, you have been living under a rock. If you need to see MPs eat kangaroo testicles on TV to be interested in politics, you are too stupid to fill out a ballot paper and shouldn't leave the house without your name and address pinned to your clothes.

Meanwhile, Keith Vaz, the Labour chairman of the Home Affairs Select Committee, and Labour MP Chris Bryant, attempted to manufacture outrage over claims that bets were taken on the appointment of Justin Welby as the new Archbishop of Canterbury. Apparently, people who knew Welby was going to be the Church of England's new leader took bets and it was likened to the ecclesiastical equivalent to insider trading. But the outrage missed the point. Why is government still involved in the appointment of the Archbishop of Canterbury? Given that Britain generally does a better job of separating church and state than America, it is time to cut this particular cord once and for all. This country has grown up enough to have an openly atheist deputy Prime Minister, freedom of religion, freedom from religion and a general attitude that religious beliefs are personal.

But any chance of intelligent discussion about betting on bishops, and the Church of England's role in Britain, got lost in the news cycle in the wake of George Entwistle's resignation as BBC Director-General after an ill-starred seven-week tenure. While the BBC-bashing newspapers get away with a tiny apology on page 23 buried next to an advertisement for mail order slippers for all manner of lies, inaccuracies and ethical failures, the BBC has to go big with a mea culpa. Yet ITV gurner-in-chief Phillip Schofield thought handing David Cameron an internet witch hunt list of suspected child molesters on live TV was the way forward and he is still employed. Alarmingly, Schofield made the Prime Minister look good - David Cameron handled an insane situation well.

Yes, there was much ineptitude on the part of Entwistle over the Jimmy Savile affair, and journalism at the BBC should be held up to a higher standard than The Sun, The Daily Mail, The Daily Express, ITV and Sky News, but this is not an excuse to tear down the entire organisation. It is a time to look ahead and ensure high journalistic standards are maintained at all times in the future. As I predicted on October 23, the real victims of paedophilia are being forgotten in the midst of a frenzy to burn Entwistle at the stake. There is no joy to be had in this prediction coming true.

Image courtesy of www.kozzi.com
Posted by Georgia Lewis at 08:08