To the jihadi brides: Stop being so stupid and come home 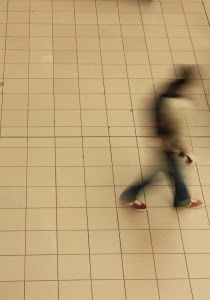 Honestly, I just want to give Shamima Begum, Amira Abase and Kadiza Sultana one of my tough-love-cut-the-shit-and-get-your-act-together talks.

Shamima, Amira, Kadiza, you are three intelligent teenagers. You have everything going for you. You have been doing well at school. You have families who love you. You are not homeless. You have enjoyed the financial and educational advantages of growing up comfortably in Britain. And now you are throwing it all away to be "jihadi brides".

Do you have any clue what you are letting yourself in for? Being a jihadi bride is moronic. It sure as hell isn't romantic. Do you think you will be marrying handsome warrior princes like some sort of warped extremist Disney movie? Do you think you will have a choice in the men you marry? And once you are married to these repugnant men, do you think you will have choices about things such as when you have sex, how many children you have, whether or not you have to do tedious household chores, what you can wear, whether you can leave the house, what books you read, what you can see online, what music you listen to, who you can talk to?

You won't have any more choices. You will be silenced. You will become invisible. You will never reach your full potential. You will have no freedom of movement or speech or expression.

You will be marrying men who think women are inferior, who are profoundly anti-education, who use rape as a weapon of war on other women, who think that beheading people and burning people alive are perfectly acceptable things to do.

You will be marrying into a form of extremism that bears no resemblance to the lovely Ahmadiyyan Islamic community in my neighbourhood. The people who attend the mosque in my neighbourhood conduct themselves magnificently with their commitment to education for all, to working with the people of Merton rather than against them, to volunteer for a wide range of charities, to condemn and reject violence, to welcome non-believers as friends into their mosque, to be a part of Britain.

If you come home, you could be part of multicultural, positive Britain. You could join the people who seek to unite rather than divide our communities.

But instead you have chosen to be a part of an evil force that thrives on hatred, that depends on people hating all Muslims, that seeks to undermine everything great about living in Britain.

Here in Britain, you are able to go to school without fear of being shot. You can go on to university, again without worrying that some lunatic will gun you down for daring to be educated. You can marry for love. You can have a career. You can be a mother. You can drive a car. You can travel. You can vote. You do not have to marry the revolting men who are doing their best to make the world a horrific place. You can come home and appreciate how good you have it here in Britain.

I was once your age. And at that silly, wonderful age, I thought I knew everything and that the ridiculous things I did in 1992 were very clever and sophisticated. Like you, I did well at school but I was not a grown-up and neither are you. I am sure you think you are being very clever, daring and heroic. But now I am old enough to be your mothers and I look at the three of you and despair. I have more than 20 years life experience on you. I can see what you are doing and I can see how ridiculous you look.

It'd be easy for me to sit here in judgement of your families, to wonder out loud how the hell they didn't notice something was up. After all, fleeing the country to marry terrorists is an outrageous form of teenage rebellion. It makes sneaking into pubs, smoking a sly cigarette behind a bus shelter or wearing a parental non-approved outfit seem pretty pathetic. Teenagers are good at hiding stuff from their parents, especially their internet browsing history. There is not much to be gained by slagging off your very worried parents.

Governments, airports and airlines will look into how they can stop girls like you from leaving the country to do something as stupid as become a jihadi bride. Your legacy will not be one of religious heroism, exemplary devotion or piety. Your legacy might be something truly pitiful such as new regulations for unaccompanied minors travelling out of British airports. It will be on par with the regulations that require us to hand over nail clippers and 110ml tubes of toothpaste at airports after we've removed our shoes and belts. They will be the kind of regulations that are dubious in their effectiveness and cause people to irrationally curse all Muslims when they are trying to get on a plane to Alicante. For that you deserve a slow hand clap. You will help breed more stupid hatred.

There is still hope for you. I believe in redemption and rehabilitation. I do not believe you should be locked up for life if you return to Britain. I believe that you are still young enough to build lives that do not involve joining a terrorist organisation. You three have taken teenage rebellion to a whole new level but you can still come back from this ridiculous path you've all taken.

I am not sure where any of you are right now, or who you are with, or whether you are safe. If you ever read this, I will be amazed. You may find yourselves in appalling situations very soon, unable to escape marriages to men who condone rape and murder. Your freedoms will be lost, your voices will be rendered silent.

But if any of you happen to read this, if you are not already entrenched in marriages that are about propagating violence, if there is any way any of you can turn around, please do so. You will not regret it.