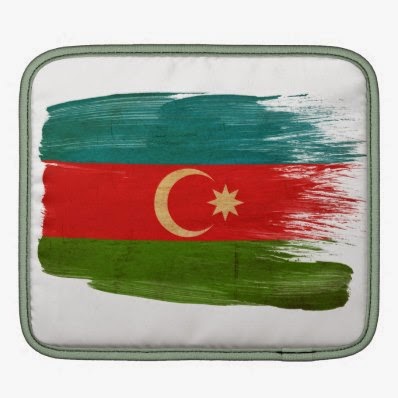 Jeremy Clarkson has been fired as presenter of Top Gear. Assorted idiots across Britain are behaving as if this is a monstrous attack on free speech. It is not. He had all the free speech he wanted but he cannot get away with assaulting a colleague. The only person responsible for the likely end of Top Gear is Jeremy Clarkson himself.

Azerbaijan is home to true martyrs of free speech. Khadija Ismayilova is locked up on an absurd charge of inciting a colleague to commit suicide. She is best known for reporting on high level government corruption in Azerbaijan. Seymour Khazi, another journalist who has investigated the government, is serving five years for "aggravated hooliganism." His defence is that he was attacked and acted in self-defence. He has accused the president of ordering his arrest and has written an open letter in support of Khadija Ismayilova.

One of the most shocking cases is that of Leyla and Arif Yunus. Leyla is a leading human rights campaigner and her husband is an academic. The couple, married for 37 years, has been detained separately. They were arrested at home in July 2014 on trumped-up charges of state treason, high treason, tax evasion, illegal entrepreneurship, falsification of documents and fraud. Leyla and Arif are both in poor health. Their detention period has been extended until August 2015. Leyla and Arif's daughter, Dinara, is currently exiled in The Netherlands where she is campaigning for their release as well as for true freedom for Azerbaijan.

The notion of a free media is laughable in Azerbaijan. As well as jailing journalists and activists without fair trials or due process, Radio Azadliq was raided and documents confiscated earlier this year. Last month, President Ilham Aliyev signed amendments to media legislation that make it easier for the government to shut down news outlets.

But none of this is getting a whole lot of attention in the west. Today if you do a Google News search of "Azerbaijan", the top two stories about this country are about the opening of a Harvey Nichols department store in Baku, and the country's increased oil production. The next cab off the rank on the Google News search is a scant eight reports from obscure news outlets about how the president is "miffed" about criticism ahead of the European Games, which Baku is hosting in June.

Boo hoo. Poor little President Aliyev is miffed that people are trying to call him out for his despotic ways.

Still, he won't waste too much time being miffed. He can simply shut down media outlets so much faster these days, in between jailing the outspoken. It's not as if there is a Europe-wide movement of country leaders calling for a boycott of the games. So they'll go ahead without controversy, just as the Winter Olympics did in Russia and the Summer Olympics did in China, those other bastions of human rights and freedom. And Qatar will keep its 2022 World Cup tournament despite its appalling record on human rights - everything from deaths of labourers building the stadium to Sheikha Mozah's involvement with a clinic that claims it can cure gay people.

It's all about the money. Whenever corruption is tolerated and human rights abuses swept under the carpet, there is almost always a trail of money that you can follow to the source of the stench.

Just as Europe is heavily reliant on Russian gas, everyone wants to do business with China and massive companies such as Shell are making a fortune in Qatar, Azerbaijan's economy is on the up thanks to oil. Foreign investment is on the rise. Nestle, another company with questionable ethics, has just been announced as a major sponsor of the European Games. As per today's news, Harvey Nicholls has opened up in Baku - it is rather like when Harvey Nicks opened in Dubai in an attempt by that particular city to replicate the best of the west in all but democracy.

There is money to be made, there are businesses to boom, there is oil to be drilled, there are human rights and freedoms to be thrown under the bus.

It is highly unlikely any western country will take a stand against Azerbaijan's human rights abuses any time soon. Sadly, the likes of #BringBackClarkson will continue to dominate in a way that #JeSuisYunus really should.