Why I'm still a feminist: Part 3 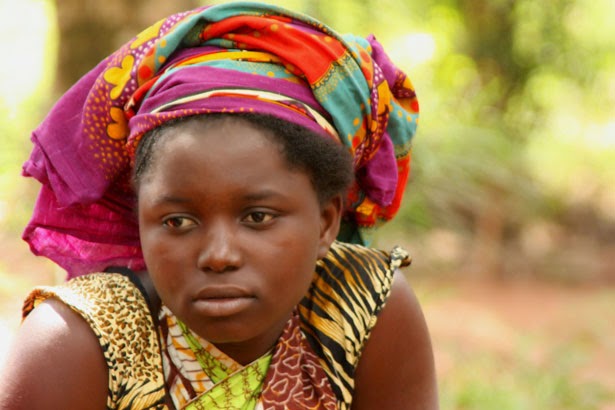 And now for the last look at my feminist rants in honour of this year's International Women's Day... Let's see what I ranted about last year and whether anything has changed...

Just as I ended 2013 with a rant about first ladies, I started 2014 in the same vein in the wake of all manner of details about the private life of Francois Hollande emerging. Basically, it's only the business of those affected by his sex life and nobody else. Move on, nothing to see. Similarly, there was another sex work fauxrage over government employment incentives for strip clubs and the adult film industry. Sorry, but if the jobs are legal so are the incentives. And nobody is being forced by the government to work in these places. Again, move on, nothing to see.

Female genital mutilation was discussed in great detail for the first time on my blog last year - I am a bit saddened with myself that I did not do this sooner or more often. I have no time for cultural relativism here. It is a barbaric and brutal practice which pretty much always happens without consent and in appalling conditions. The privileged women who claim that it was their choice to be mutilated, that it was just a little nick and that the still-ghastly procedure was done in sanitary conditions by a doctor are ridiculous. They are in no way representative of the countless women whose lives are ruined in this way every year.

Reproductive rights in Australia came under the spotlight after the terrible Reverend Fred Nile used the suicide of an Australian TV presenter to push his anti-abortion barrow. Compared to the UK, Australian abortion laws are much tighter and differ from state to state. Here in the UK, they just differ if you live in Northern Ireland. That needs to change too.

And then another tragedy - the suicide of L'Wren Scott. She was reduced largely to being "Mick Jagger's girlfriend" rather than a talented fashion designer, a perfectionist, a woman from all reports of grace and charm.

And then there was the almost-abortion of Josie Cunningham. Her situation provided a challenge to prochoicers everywhere and a lot of snobbery emerged as a result, as well as some silly comments below the line. If you are prochoice, you need to be comfortable with all women's choices. That is how it works.

In may last year, the UAE trumpeted great results in a survey on women's rights. Having lived there for five years, I figured I was well-placed to analyse the results. The UAE remains a pretty good place to be a woman for the most part, but stats always need a closer study. This was no exception. It depends who you are as to whether being a woman in the UAE is a good thing or a bad thing. On the upside, it's not Saudi...

My eyes rolled hard last June when Kirstie Allsopp said she'd advise her daughter to skip university, find a nice boyfriend and just buy property. Given that her imaginary daughter would have access to education that millions of girls around the world still do not have, this was awful, head-in-the-clouds-and-up-one's-arse stuff. Allsopp gives sound property advice. Her life advice is another matter entirely.

I waded into murky territory with my "Fracking and feminism" blog post. The reality is that energy poverty denies girls and women the chance to reach their full potential in the developing world. It deprives them of access to education, it keeps them at home, often literally keeping the home fires burning. If shale gas was discovered in any of these places, the access to energy would be life-changing for many girls and women. But at what environmental cost? As opposition to fracking reaches fever pitch (although if Germany fracked more, it would not be relying on Russian gas...), intelligent long-term solutions are needed more than ever. But while everyone argues, girls and women are getting left behind.

The notion of women as victims is a murky one too so naturally I went there last October. Sympathy for women who have suffered something terrible varies wildly - it can depend on class, race, what she wore, how much she had to drink, the way she looks... And so the comparison of Monica Lewinsky and Ched Evan's rape victim led me to the conclusion that compassion for women remains conditional.

And then we ended the year with boobs. Another breastfeeding row... And now it is 2015 and International Women's Day has come and gone for another year and people still lose their shit about breastfeeding in public. Perhaps I need to resolve to do better. But I am just one blog. We need more voices across the world to be heard. And if you are doing anything to stifle freedom of speech, you are silencing women. So that is the uphill battle that now needs to be fought on top of improving the lot of women across the world. This is truly depressing.

Photo by Anna Langova
Posted by Georgia Lewis at 10:13