Gun control, law reform and other stuff people don't want to talk about 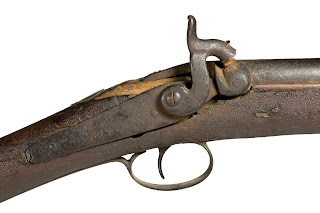 First, can certain loud voices from the left and the right please quit being naive. The horrific shooting at a school in Newtown, Connecticut, was always going to be politicised, just as the death of Savita Halappanavar has been politicised in Ireland. This is what happens when something truly dreadful happens and people want answers, want to make sense of it, want to prevent it from happening again, and they hope the government might be able to do something about it.

Second, it probably comes as no shock to anyone who has ever read my blog or followed me on Twitter that I do support sane gun law reform on a worldwide scale. Background checks, cooling-off periods, regulations about gun storage, compulsory gun safety training, meticulous record-keeping as to who has licences - these are all important when it comes to buying something as potentially destructive as a gun.

Yes, I know criminals tend to be pretty good at getting their hands on guns, regardless of any laws, and laws are only as good as their enforceability, but laws are also a way of making it clear what a country stands for. When I lived in the United Arab Emirates, for example, pretty much expat I knew routinely ignored the law that bans premarital sex - it is a law that is almost impossible to enforce unless someone falls pregnant or is stupid enough to copulate in public. But it is a law that is most likely supported by many Emiratis and it does reflect the values that inform the UAE legal system.

When it comes to enforceability, there was an interesting tweet from the account @brento76 - "You know what would be neat? How about enforcing the gun laws that are already on the books?" Brent is a man with some very different political opinions to my own but I agree that is important to examine existing gun laws and see how each state can do better when it comes to enforcement.

Equally, laws that require a reasonable approach to gun ownership won't stop all gun violence overnight, but they do send a message to the community and to the wider world that gun ownership, regardless of where you stand on it as a right, is something that should be taken seriously.

Since the Newtown shooting, straw men have been popping up like idiotic scarecrows. One of the obvious ones is the oft-repeated cry that Barack Obama is going to take everyone's guns away - or Obama is somehow to blame for the shooting. Anyone who simultaneously spouts these arguments and supports states' rights is a moron who is trying to have it both ways. This straw man argument conveniently ignores the fact that gun laws vary from state to state in the US and it would take a bipartisan effort of Herculean proportions for Obama to ever get all 50 states to agree on unified national gun laws.

After the Port Arthur shooting in Australia, where Martin Bryant shot 35 people dead in 1996, the Prime Minister at the time, John Howard, a conservative if ever there was one, managed to get cooperation across the whole country. Gun laws were tightened on a nationwide basis, across six states and two territories - and there has not been a mass shooting in Australia since. Sporting shooters are still able to shoot stuff, feral pigs, rabbits and foxes, which are not native to Australia and destroy farms and wildlife, are still regularly shot, and Australia still culls kangaroos when they become more pest and less national symbol. The Australian equivalent of the NRA, the Shooters Party, is seen as a fringe organisation rather than one that has any real power over national agenda-setting. (That said, the party managed to get an amendment  through in the state of New South Wales in 2008 allowing unlicensed shooters with no police or mental health checks to join gun clubs.)

And herein lies a big difference between Australia and the US - there are massive cultural differences between the two countries when it comes to attitudes towards gun ownership. And cultural change is hard and can take generations to achieve.

Similarly, the "but everyone in Switzerland has a gun by law and they have a low rate of gun violence" is another straw man that pops up after every horrific shooting in the US. Switzerland has 6.4 firearms-related deaths per 100,000 people each year, which is indeed lower than the 10.27 of the US, but still higher than many other countries in the developed world. Having been to both Switzerland and the US, it is obvious that they are culturally very different places, with Switzerland being a very regulated, ordered, obedient society. Switzerland is not really a libertarian gun-lover's paradise. On my last two visits to the US (Detroit and Los Angeles), someone was shot dead outside my hotel. This didn't happen last time I went to Switzerland. But I digress...

Plenty of gun advocates doggedly claim that the US needs Swiss-style gun laws, which is fine provided they fully understand Swiss gun laws. Adult men in Switzerland are issued with a gun (as opposed to buying as many guns as they want from Walmart...) and they are required to undergo militia training. Permits to carry guns in public are restricted in Switzerland and usually only issued to people working in professions such as security. But these crucial elements of Swiss gun legislation, along with cultural differences, are often ignored by the kind of people who simultaneously cite the Swiss example and claim that if they were in the cinema in Aurora, Colorado, they would have saved the day with their concealed weapon. That'd be the concealed weapon they might not have permission to carry in Switzerland. Adding another gun to a darkened cinema where everyone is panicking doesn't necessarily strike me as helpful, but try telling that to the armchair heroes out there.

The other elephant in the room is the link between gun violence, poverty and low education levels - this means a rather affluent, educated state like Vermont (and indeed Switzerland...) has fairly relaxed gun laws and has a low rate of gun violence. Sometimes the stats don't pan out so well for the left or the right. And like cultural change, fighting poverty and improving educational standards are hard, but they are important priorities for any government serious about reducing violent crime, including that which involves firearms.

In the meantime, the disgracefully ignorant Westboro Baptist Church is saying the shooting happened because the state of Connecticut legalised same-sex marriage, here in Britain some despicable idiot from the English Defence League said the shooting was OK if the kids were "filthy leftists", single parent families are being blamed, video games are being blamed and much praying appears to be going on. It's the same old story after every mass shooting. We should all be tired of it - and we should all be angry.