Hold on to your hats and mittens! It's this week's world of stupid! 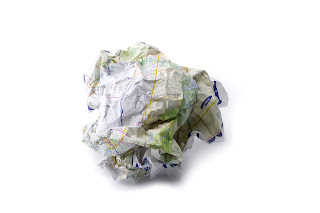 We've reached critical mass with the commentary on the royal prank call and tragic death of Jacintha Saldanha. I'm not sure what the DJs could have said in their banal interview on Australian TV to make it any better apart from: "We are very sorry, this casts a shadow over the rest of our lives, and we hereby announce that we are going to quit radio and devote our time to volunteering for a suicide prevention charity."

And the whole sorry saga has created a distraction from other stupidity that deserves to be exposed. As such, here are some other examples of idiocy that simply cannot be tolerated.

1. George Osborne's Autumn Statement: Nobody expected it to be a kind-hearted budget - and it wasn't. But the mirth from the government's front bench, Nick Clegg's ongoing political impotence and the mocking of Ed Balls' stammer were all completely unnecessary.

2. Nadine Dorries happened yet again: This time, she is on board the WAHHHHHHH-mbulance because she says that asking about how much she was paid for her time on I'm A Celebrity, Get Me Out Of Here is sexist. Except it's not. It's a valid question. And Nadine crying sexism, when she supports gender-segregated, abstinence-based sex education, is beyond parody.

3. Virgin Mobile US thought it'd be hilarious to declare that "a necklace or chloroform" could be a festive surprise for the woman in your life in their Christmas promotion. Still, the outcry ensures people are talking about the brand and they probably didn't lose a single customer as a result.

4. Also in America, a group of self-professed "riflemen and patriots" are setting up The Citadel, a walled community with one point of entry. They are hoping that up to 5,000 households will settle there, the kind of people "who wish to live without neighbors who are Liberals and Establishment political idealogues." Bizarrely, they seem to have nabbed a picture of a British castle for their website. That would be Britain where most of us go about our business unarmed and have a much lower rate of gun crime...

5. In the name of work, I have been in Qatar for COP18, the annual United Nations climate change conference. The air conditioning at the supposedly "carbon neutral" conference was turned up so cold that people were wearing winter clothes indoors. The irony appeared to be lost on the organisers.

6. David Davies is scaremongering over marriage equality in the UK - we already know that churches won't be forced to perform same-sex marriages in much the same way that certain churches refuse to let divorcees or people who aren't regular parishioners get hitched on their premises. Nobody will lose any religious freedoms by giving freedoms to gay people.

Then Davies travelled one stop further on the Idiot Bus, saying: "I think most parents would prefer their children not to be gay, knowing most parents want grandchildren if nothing else." Newsflash, Dave: Gay people are already parents in Britain, even without full marriage equality and they are raising what are commonly known as "children". Not gay children. Just children. Who may or not be gay. In much the same way that heterosexual parents may be parents to gay children.

7. Irish musical berk Brian McFadden showed a lack of understanding about the complexities of domestic violence with a moronic tweet describing women who stayed in abusive relationships as "pathetic". He then tried to explain the tweet by adding another idiotic tweet to the mix: "It's just one of my friends is in that situation and it made me angry."

Wow, Brian. I'm sure your friend is delighted to know that you think she's pathetic. That'll help her situation no end.