A conversation I had at the bus stop today 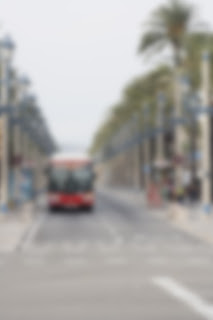 As I waited at the bus stop wondering where the hell the 293 was, an old man sat next to me. At that moment, a group of about 40 schoolchildren and their teachers walked past us. The kids were laughing, happy, well-behaved. The teachers seemed to be enjoying their job. Some of the kids smiled and waved at us and said hello.

Then the old man spoke.

"I can't imagine why anybody would want to kill children. Imagine that, if someone came out now with a gun and shot 20 of them. I just don't understand. America needs to change its attitude to guns, the whole culture is wrong."

So said a man who knows a thing or two about guns. He told me he was called up to fight in WWII, starting his military career in Ireland and Scotland before ending up in Italy. He was away from friends and family from 1939 until 1946. I told him how my late grandfather in Australia fought in Papua New Guinea before ending up in Japan, helping rebuild Nagasaki after the atomic bombs was dropped. When he returned to Australia in 1947, he was an avowed pacifist who never picked up a gun again and refused to have one on his farm.

"My grandfather told me: 'War is just old men sending young men to die.'" I told the old man. He nodded in agreement.

The 293 finally arrived. We got on the bus together and I sat beside him. He told me he had three children, five grandchildren and "six-and-a-half" great-grandchildren.

And we agreed that we were glad to live in a country where people don't feel the need to be armed to prevent government tyranny. And a country where a group of laughing schoolchildren can walk down the street with their unarmed teachers without a care in the world. That's a microcosm of a world to which we can all aspire.


Image courtesy of www.kozzi.com
Posted by Georgia Lewis at 03:39