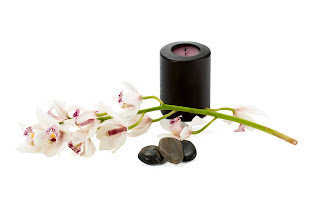 There is no joy to be had here, a light in the world has gone out, a young woman has died senselessly from horrific injuries after being gang-raped and thrown from a moving bus. Six men have now been charged with her murder.

Can we now please quit victim-blaming? When it comes to rape, victims are routinely blamed in a way that doesn't happen with other crimes. When a young woman cannot catch a bus and stay safe, it is time to stop banging on about rapists in dark alleys pouncing on women who had the temerity to walk home alone, wear a short skirt, wear heels, drink alcohol or are somehow "asking for it." Only nobody "asks for it."

Rape can indeed happen in dark alleys or to women in short skirts or heels or to drunk women. Just as it can happen in relationships, at home, among friends, while sober, while sleeping, while wearing a burkha. And it happens every day in every country.

In India, the daily sexual harassment experienced by too many women is referred to as "Eve teasing". This is a stupid euphemism, it makes it sound almost playful when it is inexcusable bullshit. Indian women have had enough. Their voices are getting louder and they are finally being heard. It should not have taken the needless death of a young woman for this to happen.

Yes, I know men get raped too. And men who have been raped need to be able to come forward and report the crime just as women should be able to do so.

So instead of blaming rape victims of either sex, the onus needs to be put firmly back on the rapists. There is an advertising campaign here in Britain with the message that without consent, it's an act of rape. My husband shook his head as he saw the advert, stunned that men (and, yes, rapists are usually men, let's not ignore crime stats), need to be told not to rape.


Image courtesy of www.kozzi.com
Posted by Georgia Lewis at 03:46