Tax: it's not all bad 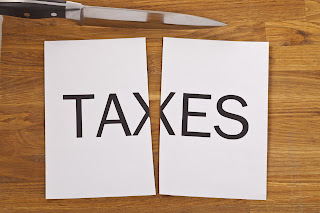 I am delighted to report that Costa Coffee sales are up. The high street coffee chain has released figures showing that like-for-like sales at its coffee shops were up by 7.1% and total sales increased by 25.5% in the three months to November 29.

This is no coincidence given that Costa has demonstrated that it is paying its fair share of tax while Starbucks has been less than forthcoming and says it has not been making a profit in Britain, a curious claim for a company that is expanding. Despite the Starbucks near my office appearing to be no less busy since news of their tax shenanigans broke, it would appear that overall, British consumers are happy to support businesses who, like them, pay tax in a responsible manner.

Yes, I know Starbucks is a business, not a charity, and I know they have minimised their tax liabilities legally. But just because something is legal, it doesn't mean that it is right. The government has a duty to close loopholes so that multinationals contribute properly to Britain, to play its part in ensuring its staff and their families can access important things such as healthcare, transport and education.

Instead, Starbucks has been allowed to negotiate a new tax bill with the government. Nice work if you can get it. I might give George Osborne a call and see if I can pay a little less tax next year, which brings me to the point that, yes, most of us would pay less tax if we could. But most of us are not Starbucks and most of us cannot afford the kind of accountants and taxation lawyers who are very good at helping clients stick to the letter of the law even if they violate the spirit of it. Most of us are not managing our affairs Jimmy Carr-style and accepting cash-in-hand for a babysitting job as a teenager is about as dodgy as a lot of us ever get.

But without tax revenue, we lose out on the basics such as healthcare, education, infrastructure, transport and law and order. And we miss out on things that aren't essential to survival but important culturally, such as free museums, galleries and, yes, even the BBC. We can whine all we like about the things we deem to be a waste of taxpayers' hard-earned money and argue over whether our taxes should go to the royal family, wars we disagree with, MP allowances, the welfare bill and so on and so forth. It is important to monitor where our tax quids go and to call out government when they piss it up the wall.

However, the one thing I learnt from living for five years in a tax haven is that with taxes come rights. Obviously, basic human rights should not depend on how much you pay in tax, but when you do have a financial stake in the country where you choose to live, it is easier to complain when you feel your rights have been violated and it's much easier to hold the government to account.

As an example, when I lived in the United Arab Emirates, I received a completely absurd parking ticket from a police officer at Dubai Airport. I was looking for somewhere to stop briefly in the busy drop-off zone and a police officer caught my eye and pointed to a space by the footpath, directly behind another car. I smiled, waved and thanked him as I got out to help unload my visitors' suitcases and he started to write me out a ticket and demanded my driving licence. I asked him why I was getting booked, he refused to explain, he wrote me out a ticket in Arabic.

I admit I should have learnt more Arabic while I lived in the Middle East but in a country that claims to be constantly improving its justice system, it is not too much to expect an explanation for a mysterious parking ticket. Imagine if I was a tourist and that was the warm reception I received at the airport? I asked for his name, he pointed to some Arabic writing on the ticket and told me: "You're not in London anymore!" even though my licence, which he had confiscated, clearly said I was Australian.

A Lebanese friend translated the ticket for me - I'd been booked for "blocking the road" and he'd written that his name was simply "Mohammed" which wasn't really going to narrow it down in the Dubai constabulary. I had no choice but to pay the fine if I wanted to get my licence back from a police station drawer. I could forget any ideas about making an official complaint - I know it wouldn't get any further than maybe a phonecall or a turgid form to fill out. Even though I was working as a motoring journalist on a national newspaper at the time, I wouldn't have gotten too far with any plans to write an expose on bent traffic enforcement.

That parking ticket was my tipping point. As I drove off furiously, I burst into tears and told my husband I didn't want to live there anymore. And true to my word, I left not long after that incident. It is awful to feel so powerless over a damn parking ticket and to know that my rights for any kind of recourse where next to nil.

To say the UAE is tax-free is actually a myth - the government finds plenty of ways to get their hands in your pocket but they just don't call them taxes. Spurious traffic fines, road tolls, government-owned telephone companies, government-owned utilities companies, government-owned media... But without a line on your payslip each month telling you that you've made a contribution towards the running of the country and its facilities, it's hard to complain too hard about the government or get taken seriously if you open a can of whoop-ass on the authorities. Both locals and expats have landed themselves in hot water - as in prison - for doing just that.

As such, expats cannot send their kids to state schools, health insurance is compulsory in Abu Dhabi but at the whim of your employer in other emirates (I had two jobs in Dubai - one where it barely covered cough mixture, and one where they didn't offer any health insurance at all, and a job in Abu Dhabi where coverage was excellent - it's a crapshoot...) and if you want that gaping hole in the footpath fixed outside your flat, you can try asking the municipality to do so but you're not paying council tax, so why would they hurry?

But it's not the principle of paying tax that needs to be challenged. Instead, we must challenge how the government collects tax and hold them to account to spend it wisely. And we can do that by voting with our wallets to boycott the likes of Starbucks, as well as exercising freedom of speech to criticise the government without fear of prison.

(Meanwhile, here are some further sensible suggestions for UK tax reform from @christophersaul who is an British expat based in Dubai and willing to actually contribute to the UK coffers)