It's that time of the week again! It's the world of stupid! 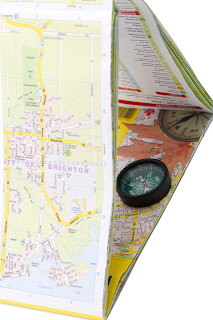 This is a gun-free World of Stupid this week. I need a break, my head is going to explode. Instead, here are some other examples of idiocy that demand exposure. I warn you. It's not an entirely light-hearted rant this week. There is predictable political stupidity, religious stupidity and stupidity from the judiciary that is either rank or completely repulsive.

1. Britain's bid for marriage equality has officially jumped the shark. Culture Secretary/Equalities Minister  Maria Miller was doing surprisingly well with it all until she announced a "quadruple lock" making it illegal for any Church of England vicar to conduct a same-sex marriage. Except that some vicars would very much like to be able to do this and they are bit peeved that they were never asked. And now the Muslim Council of Britain has demanded that the government make it illegal for them to conduct same-sex marriages as well. Never mind that they are already allowed to discriminate against gay couples in that way already - and they would still be allowed to do so after marriage equality becomes law here. "PASS A LAW FOR US TO NOT BE ABLE TO DO SOMETHING WE ALREADY REFUSE TO DO!"

2. Maria Miller's shark-jumping went beyond her club-footed handling of marriage equality and extended into her expenses when The Telegraph revealed she had claimed £90,000 in expenses for a second home in which her parents live. If only we could all be so well rewarded via the taxpayer for looking after elderly parents... And then, according to The Telegraph, Joanna Hindley, one of Miller's special advisers, warned the paper to consider Miller's role in deciding the future of press regulation before running such a story. Naturally, the government is denying any wrongdoing and it was maybe a little convenient for the right-leaning Telegraph to run this story on the same day as the marriage equality story was breaking, but the stench around it all is not just stupid, it's ominous.

3. Geoffrey Clark, who was running as a UKIP candidate for election to Gravesham Council announced a pretty appalling policy in his manifesto, which we can only assume was seen by other party members before it was printed. Under the section on NHS policy, Clark puts under "items for review": "compulsory abortion when the foetus is detected as having Downs, Spina Bifida or similar syndrome which, if it is born, could render the child a burden on the state as well as on the family."

Just so we're clear here, this is not what prochoice is about - compulsory abortion is not choice. It would be amazing if prolife and prochoice voices could actually come together on this one and condemn this policy equally loudly.

On the upside, it may make the head of many a Daily Mail commentator spin uncontrollably as they try to reconcile their hatred of all abortions with their constant threats at the bottom of every story to join UKIP.

An update on this story: UKIP say they have suspended Geoffrey Clarke from the party, he will be running for election to Gravesham Council as an independent. A UKIP mouthpiece claims they were not aware of his views. Yes. And I am Dolly Parton.

4. A woman in Australia has won her bid for compensation following injuries she sustained while having vigorous sex in a motel room while on a business trip. This court decision sets a fairly stupid precedent. A light fitting came away during the act and she suffered facial injuries and then depression - and then she couldn't do her job anymore. Now, I'm sorry, and I am certainly not one to dismiss mental illness, but a cheeky shag in a Nowra hotel room is not part of anyone's job. Well, unless you're working in legalised prostitution, as is the case in the Australian state where Nowra is. The woman in question was a federal government employee so I am going to go out on a limb and suggest the sex was not work-related.

Eating, sleeping, showering, going to the loo, reading boring conference papers - these are the sorts of things you have to do when you're in a motel on a business trip. If you suffer an injury during these activities, then, yes, employers should compensate away. The sex bit is entirely optional. It would have made more sense to sue the motel for the dodgy light fitting. Or simply get your face attended to at the nearest A&E and have a laugh about it at the pub by Friday night.

5. And speaking of stupid precedents, it appears Lord Turnbull, a judge in Scotland, does not understand why Britain has age-of-consent laws. This week, 22-year-old Steven Pollock walked away from Edinburgh's High Court with just a community service order and the stipulation that he attend a sex offenders' programme - for the rape of a 13-year-old girl. Who was drunk. In fact, in Lord Turnbull and the prosecutor's world, the offence wasn't even a rape at all - the charge was downgraded to "sex with a minor".

Lord Turnbull said out loud in the courtroom where other people could hear him: "It is important to understand that the offence rises out of consensual conduct rather than any form of force, grooming or manipulation."

Oh boy, here we go again. We're bound to have morons come out of the woodwork to say that 13-year-old girls "these days" all wear high heels and make-up and have the temerity to reach puberty earlier. As if every 13-year-old girl is a sex-hungry vixen dressed like a truckstop lapdancer. And even if a 13-year-old is dressed "inappropriately"/is not wearing a burkha/put a saucy dab of Carmex on her chapped lips/grew breasts, that is not an invitation for rape. The age of consent is a sane line in the sand - it is the age at which most reasonable people are mature enough to decide if they want to have sex or not.

There has been a media campaign in Britain to hammer home the point that if someone of either sex is drunk, they're not well placed to consent to sex and it is best to either help them get home safely or find somewhere for them to sleep it off. But in the world of Lord Turnbull, this basic level of respect does not apply to 13-year-old girls.

Bloody hell. After all this week's stupid, my head is going to explode anyway...