Nadiya Hussain and the half-baked ideas 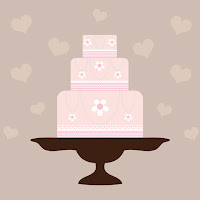 "Happily married mother of three deservedly wins baking contest" was never going to fly as a Great British Bake-Off headline. It is naive to think that Nadiya Hussain's hijab, religion or skin colour were going to go unnoticed as she went from strength to strength with a peacock cake, baked nuns, bubblegum frosting, and her final showstopper, a lemon drizzle wedding cake draped in a sari of Union Jack colours. Intentional or not, Nadiya expertly trolled the Daily Mail and the hordes who populate the online comments section with ill-informed blather.

If you held you nose and dived in under the online story that announced Nadiya's win, you'd find people who declared the whole baking contest to be a politically correct and convenient fix, an EU conspiracy, a Jeremy Corbyn conspiracy, and a vehicle for Nadiya to become a celebrity, because apparently she is also a desperate and grasping fame whore.

This was hot on the heels of a ridiculous piece by Amanda Platell claiming that 19-year-old Flora, a young white woman, might not have been eliminated if only she'd baked a chocolate mosque.

But "Nineteen-year-old baker is not quite as good as older, more experienced bakers" does not a good headline make.

Then the Daily Mail got some stick for not putting Nadiya on the front page on the morning after the nation found out that she'd won Great British Bake-Off. In previous years, the white-faced winner was on the front page, but not Nadiya, born in Luton, of Bangladeshi heritage and unashamedly wearing a flour-stained hijab.

And it turned out that some of their readers quite liked Nadiya and were genuinely happy that she won.

What better way then, for the Mail to try and adjust the balance than to commission Yasmin Alibhai-Brown, a Ugandan-born, British Muslim journalist, to write a piece saying that Nadiya is the best thing for British race relations in a long time.

This is the same tactic the Mail used when, after weeks of scaremongering about the refugee crisis in Europe, it became clear that people were genuinely horrified by the images of Aylan Kurdi's dead body on a Turkish beach and briefly ran some sensitive, measured coverage on the story. And then it was back to business as usual. The people again become a "swarm".

Yasmin Alibhai-Brown's piece was ridiculed for the following quote: "Today her adopted hometown of Leeds is bursting with pride. It was ten years ago this July - the same year Nadiya and Abdal wed - that four bombers attacked London; three of them were raised in or near Leeds."

In the context of the article, Alibhai-Brown goes on to say that Nadiya is not viewed as the unwanted foreigner (well, yes, she was born in Luton...), that she is an example of how integration happens through "natural respect, shared interests and a sense of ease". This is very true but it is still sad that three utterly repugnant bombers that have nothing to do with Nadiya should to be mentioned at all.

The broader context is how Alibhai-Brown's column fits into the the Daily Mail as a whole. Online, there was a link on the same page as her column to a stupid piece about the loveliness of Nadiya's husband's skin. If anyone thinks Alibhai-Brown's column is the start of a brave new world for the Mail's coverage of anything related to race or religion, they are naive in the extreme.

I don't begrudge Alibhai-Brown for writing her piece for the Mail. If most writers are honest, especially liberal ones, they'd happily take the opportunity to write an opinion piece for the Mail, to attempt to be a Trojan horse in the midst of some frequently awful content. I'd let the Mail run this or anything else from my blog if they paid me. I'd write something fresh for them if they paid me too.

But none of this makes the Mail immune from criticism about its past or present content. In a free press in a country with freedom of expression, the Mail can print what it likes but that does not mean nobody should call them out either.

And in the midst of all the noise, one person has been forgotten despite her lovely face being everywhere. The one person is Nadiya herself. She might not want to be hoisted onto a pedestal as the poster girl for integration, especially given she has lived her whole life in Luton and Leeds. She might just want to go back to baking amazing cakes. And if that is the case, we should let her do that in peace and quit trying to politicise her.

Image by Karen Arnold
Posted by Georgia Lewis at 09:07