Charity and the cult of the personality 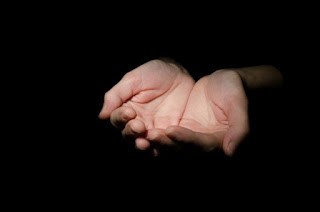 Today, #kidscompany and Boris Johnson were trending at the same time on Twitter. It was quite the coincidence because both stories that led to the social media noise illustrated precisely why the cult of the personality continues to make idiots of us all. We may look back with the privileged superiority of 20/20 vision in hindsight at how people fell under the spell of Adolf Hitler or Josef Stalin but we are not necessarily any smarter in 2015.

Boris Johnson was in the news because he rugby-tackled a 10-year-old boy. Everyone reported this with the usual "Oh,  isn't Boris hilarious!" tone. It's another Boris distraction from his appalling record as Mayor of London and his ineffectiveness as an MP. He does this on purpose, because he knows it's what people will talk about instead of anything serious.

But falling for the cult of the personality isn't limited to the BoJo fan club. The #kidscompany Twitter trend centred on the terrible story that is the collapse of the Kids Company charity. Kids Company was founded in 1996 by British-Iranian psychotherapist, Camila Batmanghelidjh.

Batmanghelidjh was lauded across the political spectrum. Celebrities, such as the members of Coldplay and JK Rowling, donated generously to the charity that started as a youth drop-in centre in London's Camberwell neighbourhood and grew until it had therapy centres, alternative education facilities and a presence in 40 schools in London and Bristol, as well as a performing arts programme in Liverpool.

And, crucially, David Cameron hailed her as a heroine, as part of his "Big Society" concept. Remember that? That thing in which we are all meant to be in together? That one.

Kids Company received £30m of taxpayers' money. Three million of this was meant to be spent on restructuring an organisation that had grown perhaps too fast with ego and ambition overtaking reality. Instead, it was mostly spent on overdue staff wages and, if we're lucky, the government might be able to recoup £1.8m. When a government has to prop up a charity that is attempting to provide vital social services, we have a serious problem.

When Camila Batmanghelidjh became a public figure, she was very quickly known for her brightly coloured caftans and turbans. She was charismatic, she was passionate, she was patronisingly described as "larger than life", which we all know is code for "overweight but makes up for it with personality".

And it seems that her dizzying presence blinded people to a lot of things. There is an ongoing police investigation into sexual assault. Today, we had the unedifying spectacle of the Commons committee hearing into the inner workings of Kids Company. The committee heard that despite claiming to care for 36,000 clients, there were only records for 1,699 people. There were questions about handing out cash to vulnerable minors and whether that really is the best way to deal with the complex issues that go along with social and economic disadvantage. After this day of testimony, it would appear that Kids Company was poorly run with no real strategy for solving social and economic problems at their root causes or for how the charity should expand.

Just because Kids Company is a charity, that should not make it immune from scrutiny. If anything should be scrutinised, it's charities because people who donate have the right to know how their money will be used. It is a huge responsibility.

The elephant in the room is that the government saw fit to give £30m of our money to one charity without a whole lot in the way of due diligence. The very notion that £30m of public money can be thrown at a charity to try and solve complex problems in three different cities is ridiculous.

While tweeters waste bandwidth giggling at Batmangelidjh's weight and outfits and at Boris tackling a child, not enough people are talking about how few answers the government has for elevating people out of poverty.