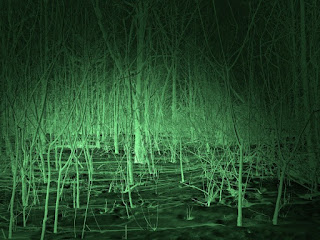 The take-home message of my last couple of days is probably: Don't bother trying to reason with rape apologists and people who don't understand the basics of the British justice system because you will only end up beating your head against the nearest brick wall.

But that is exactly what I foolishly did and, wow, have I come across some of the finest minds operating in Britain today.

On the Evening Standard Facebook page, a link to a this story about a reported rape in my local area was posted last night. The headline, "Woman, 34, 'raped in south-west London park as she walked home alone" was like catnip for victim-blamers.

People demanded to know what the hell she was doing walking home by herself at 2am. It didn't seem to occur to these dullards that the buses had stopped running by then, it's not always easy to hail a taxi in that part of the neighbourhood at 2am, the night buses were still a walk in the dark away and possibly not even heading near her home, or that, quite simply, it was not a long walk and the Merton Police Twitter account likes to remind us all the time how safe the borough is.

Also, none of these variables and possibilities bloody matter because she had every right to walk home without getting raped. I've walked by myself in that area at night without expecting to be raped.

And there were the inevitable comparisons of rape to crimes against property. According to yet another academic giant, men (What? All of them?) take their Rolexes off when they walk through a rough neighbourhood. By this logic, if a man is mugged for his Rolex, that is exactly the same as the monstrous violation of one's body that is rape. I'm not sure if the men making these statements realise that men can be raped too but that notion might make their tiny heads explode.

Others added some racism to the victim-blaming, demanding to know why there was no description of the alleged attacker in the article. This obviously meant that she was attacked by an immigrant, probably an illegal one, according to the cavalcade of fools.

Or maybe it meant that she was attacked in the dark and was too busy trying to fend off her attacker in the dark to pause and observe him for distinguishing features.

There was no race-based description, according to one genius, because some people are "protected" by the police. Yeah. Except a quick peek at the news section of the Metropolitan Police website shows that if there is a description based on skin colour or nationality available, this will be publicised in the alerts about people wanted for questioning. If there is a clear photo of a suspect, which makes the person's ethnicity pretty obvious, the Met will publish that too.

Then someone called Emily Burton (and my apologies in advance to all the perfectly pleasant women out there called Emily Burton...) felt the need to send me a message on Facebook in response to my attempts to reason with a mob who were either angry with a woman for walking home alone or angry that the police were "obviously" hiding something.

Here is her delightful and sisterly message to me:


HEY LISTEN UP YOU DRIED UP OLD CUNT everyone is fucked off with your RETARDED OPINIONS , bet you've never had a shag in your life !!! never mind the fact you are the ultimate billy no mates , now go back to your bible you stupid bitch and FUCK THE HELL OFF !!! Georgia Lewis BRAIN DEAD CUNT


The message went into my "Others" folder. If she didn't alert me to the fact she'd sent me a message on the Evening Standard's Facebook page, I probably wouldn't have seen it for months. I publicly thanked her for the message and told her that I hope she is never raped because I wouldn't wish rape on anyone, and because that would be a terrible way to learn why victim-blaming is an awful thing to do.

It would appear that she then thought better of announcing to the world that she sends unsolicited and abusive messages to people she has never met, because her comments disappeared and she now seems to have vamoosed from Facebook altogether.

And then the Wimbledon Guardian, my local newspaper, reported on the story this morning and posted it on their Facebook page. Lo and behold, more idiots!

This time, two people objected to the reporter's use of the word "alleged". One bloke called Dave asked why "alleged" and whether this is "something women do for attention". And a woman called Emma said: "Surely 'allegedly' should be used when finger pointing a suspect, not for what the victim has said. I'm sure the police can determine if rape occurred or not. Allegedly wasn't the right choice of word."

Er, yes, Emma and Dave, in a responsible news report "allegedly" is the right word. Until someone is arrested and unless that person is then found guilty of rape, the victim's report to the police is still an allegation.

I pointed this out to Dave whose stellar response was "If that's your opinion, mine's different."

Christ on a cracker, Dave, no. It's not my opinion. It is how the British justice system works to ensure a fair trial. The principle of innocent until proven guilty is a pretty important one. According to Dave, who adorably attempted feminism, this might put women off reporting rape.

No. The principle of the presumption of innocence should not ever put off a woman - or a man, for that matter, from reporting rape. You know what does put women off reporting rapes though? The victim-blaming crap that puts her on trial in the kangaroo court of online comments for having the temerity to walk home alone with the apparently outrageous expectation that nobody will rape her.

A rapist is responsible for rape. That is all.