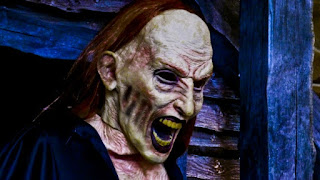 Congratulations, Cardiff University Women's Society, on your tremendous victory. Germaine Greer has decided not to speak at your campus on the topic of "Women and Power in the 20th Century". She has decided that, at the age of 76, she cannot be arsed with the inevitable hassle. She cannot be blamed for feeling as if her safety won't be guaranteed, that people won't throw things at her.

Well done, Cardiff University Women's Society, for successfully silencing a woman, for making her fear for her personal safety. I hope you are proud of yourselves.

I get it. You are upset with Germaine Greer's views on trans women. Her views on trans women are not ones that I share - indeed, I do not agree with her on everything and I doubt she would expect me to do so - but to react to her unfashionable views by silencing her or making her fear for her safety is ridiculous. Trans women face issues of personal safety that are unimaginable to many of us. Mental health issues are a major problem, suicide rates are unacceptable, bullying and harassment and violence are sadly commonplace, and the voices and experiences of trans women are often silenced and shut out.

But silencing one woman will not make things better for anyone.

This current craze for no-platforming is the kind of intellectually mild censorship that should have no place on a university campus, a place where your ideas are supposed to be challenged, where there should be no one dominant viewpoint, and a place where debates should take place between people of differing opinions.

As one of the leading figures in feminism of the 20th Century, I'd be very interested in what she has to say on the topic of "Women and Power in the 20th Century". Her perspectives, as someone who was part of the story as well as a commentator on the story, would have, most likely, been fascinating.

But now nobody at Cardiff University will get to hear her perspectives on this important period of feminist history.

It is a period of history that still has implications to this day - there are still debates going on around the world about the issues that angered women last century and people like Germaine Greer helped bring women's issues into the mainstream. It is because of Germaine Greer and her contemporaries that people started to realise that women's issues are not minority issues.

You may not agree with her views on trans women but it is hard to argue that she did not pave the way for women - and the views of women who disagree with her - to be heard. Have you even bothered to read The Female Eunuch and to understand it in its historic context so you can appreciate why Germaine Greer is important in 2015? Are you so arrogant, so fixated on one of her opinions, that you cannot appreciate the importance in learning from history and from someone who was part of that history?

Trans issues did not play a massive role in the 20th Century women's movement. Indeed, mainstream second wave feminism has been frequently criticised for being too middle class, too white, too heterosexual, and certainly trans-exclusionary. But here are a few constructive ideas for the members of Cardiff University Women's Society - why didn't it occur to you to attend Greer's lecture and ask her challenging questions about where trans women were during the changes that took place in the 20th Century? Or you could peacefully picket the lecture (while we still have the right to peacefully protest in this country...), or hold your own event with powerful trans women as speakers. Or just don't attend the lecture and get on with your life. "Freedom of speech" is not the same as "compulsory to listen".

Imagine if you attended the lecture and started a constructive conversation with Germaine Greer about trans issues. Universities can be amazing places where students achieve amazing things - science students have made breakthroughs that astounded their professors, humanities students have come up with world-changing philosophies, and Cardiff University students could have played a pivotal role in opening up dialogue on trans issues between the generations. But that won't happen now because the intellectually lazy route of censorship was the more comfortable ride.

Photo by Circe Denyer
Posted by Georgia Lewis at 08:11