"Lifestyle choices" - a term of belittlement 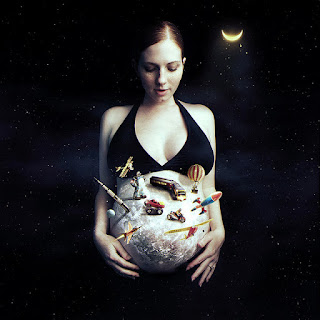 The angry online mob tore down the pregnant woman like a pack of anonymous wolves in need of a life. All she did was criticise fellow commuters for being reluctant to give up their seat for her. The way people turned on her, you'd think she had demanded to be personally chauffeured to work in a mink-lined Bentley at taxpayer expense.

She identified herself only as Lauren, a 31-year-old pregnant woman who was eight months pregnant and commuting between Crawley and London. On the Evening Standard Facebook page, the comments were a trip back in time, and not in a good way. Some morons asked what the hell she was doing going to work while she was pregnant, as if being knocked up means you automatically become incapable of working, suddenly lose the desire to go to work, or magically don't need the income any more. "My mother didn't work when she was pregnant!" was a common retort.

And then there were the people who said they shouldn't have to give up their seat because of her "lifestyle choice". True, there is no law in the UK that compels people to give up their seats on trains and buses for pregnant women, but it'd be nice to think we live in a society where good manners are still a thing.

But to merely describe pregnancy is a "lifestyle choice" is reductive. It is an insulting way to shut down debate, to demean pregnant women who are asking for just a little consideration as they gestate the next generation.

As someone who is militantly pro-choice, I support whatever decision a woman makes when she pees on the stick and it comes up positive. And when a woman chooses to carry to term, whether the pregnancy was planned or not, I stand by her and understand that sometimes accommodations need to be made, such as giving up my seat on the tube or being understanding if a pregnant colleague is late for work because she has a scan. It's called not being an arsehole.

Yes, I am talking about choices here, but I would not describe going through pregnancy and childbirth as a "lifestyle choice". That puts the rigours of maternity into the same box as buying a sports car or taking a skiing holiday. Someone fighting for the rights of people in sports cars to drive at whatever the hell speed they like would be met with ridicule, just as a petition to lengthen the opening hours of a bar in Klosters during the ski season would be roundly lampooned.

But a pregnant woman asking for a little common courtesy, for us to not degenerate into brutes, is not in the same category. To the people refusing to give her a seat because getting pregnant is apparently a "lifestyle choice", would it make any difference to you if she conceived through rape or if she had suffered multiple miscarriages and this was her last chance at motherhood? Would you parse her circumstances through your tiny mind before getting off your bum or are all pregnant women simply birthing babies for a lark, giving it the same seriousness that they'd give a trip to the seaside?

And would these same stubborn sitters give up their seat for someone on crutches on the train or bus? I'm guessing plenty of people would do so. What if that person was on crutches because they broke their leg on a skiiing holiday? Or is that "lifestyle choice" acceptable?

Frankly, even if being gay was a lifestyle choice, so what? Why would anyone care if sexuality was a lifestyle choice and this led to two people falling in love and wanting to get married or having equal inheritance rights or end-of-life decision rights as a heterosexual couple? Why do bigots never talk about the "heterosexual lifestyle"? It is because they don't seek to diminish that of which they approve.

I suspect the "gay lifestyle" mentality gained traction because of stereotypes, such as gay male couples always having fabulous apartments (having cleaned the apartment of a gay friends while helping another friend house-sit for them, I can assure you they are not all living in spotless, minimalist abodes that belong in magazines...) or lesbian couples always being yurt-dwelling vegans (again, utter bullshit).

Once the word "lifestyle" is tagged on, there is a sense that it is silly, flippant, nonsensical, whimsical.

As such, it makes it easy to reduce gay couples to superficialities rather than growing up and recognising that a civilised society lets people marry whoever makes them happy, regardless of sexuality. And this same society also offers their seats when pregnant women board trains. That's the one I want to live in.


Image by Richard Davis
Posted by Georgia Lewis at 13:50