"The Turks are coming! Let's be more like Norway!" The latest Brexit campaign panic... 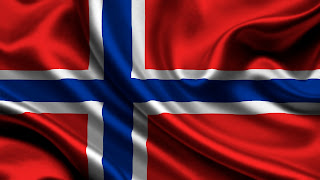 Today, the Brexit campaign is warning us that if we vote to stay in the EU next month, we'll be overrun with Turks. It all exploded this morning on The Andrew Marr Show (BBC One) when Penny Mordaunt, a vote leave campaigner, incorrectly said that the UK would be powerless to stop Turkey joining the EU. Next up, on Peston's Politics (ITV), David Cameron correctly said that the UK has the power of veto over any Turkish bid for EU membership and that it will be "literally decades" before the prospect of Turkey joining the EU is realistic.

Turkey's ambitions for EU membership never really got out of first gear, since applying for European Community membership back in 1987. As long as Turkey continues to illegally occupy the northern third of Cyprus, they're not going to be allowed in. Cyprus too has a veto and Turkey won't even recognise Cyprus. And over the years, genuine concerns about security, human rights and economic reform have further stalled their campaign.

If we vote to leave the EU, we won't ever get the opportunity to veto Turkey's membership.

But why would this matter if we left the EU and had full control of our borders? ask the Brexiters. Because, dear Brexiters, leaving the EU does not automatically guarantee this utopian border control of which you so frequently speak.

If you are a Brexiter who constantly points to Norway as an example of why we'd be just fine out of the EU, you are especially culpable in a bad narrative.

Norway has twice voted to remain out of the EU, first in 1972 and again in 1994, with the out vote narrowly winning each time. But in order to trade with the EU (and anyone who thinks we can simply not bother trading with the EU or negotiate a mutually beneficial trade deal quickly is utterly deluded), Norway must retain all EU financial regulations, employment regulations and product standards and contribute to the EU budget, all while having no say in any of these regulations, standards or contributions. Do you really think the EU will treat the UK like a special snowflake in this regard if we vote to leave? Please. Do not be so naive.

On top of that, free movement of people, as per EU rules, is central to Norway's relationship with the EU. Yet Norway has no say in the making of these rules. This has resulted in a higher inward migration of EU citizens into Norway than the UK when measured as a percentage of total population. So, in decades to come, if we vote to leave, we'd have no say in Turkey's EU membership and, in order to keep trading with the EU so the economy doesn't completely tank, we'd have to give Turks freedom of movement into the UK if they ended up joining.

In short, if you think leaving the UK will mean less people in the country, and therefore less pressure on the NHS, schools and social services, you are wrong.

The Vienna Convention of 1969 would give EU citizens already living in the UK legal protections post-Brexit because of individual acquired rights. The convention says that the termination of a treaty "does not affect any right, obligation or legal situation of the parties created through the execution of the treaty prior to its termination".

Bang goes the Brexit arguments that leaving the EU would mean we could trade with the EU without letting in EU citizens or that we'd instantly be able to pull a drawbridge up on EU citizens coming to work here.

Additionally, plenty of businesses would struggle if they had to sponsor the visas of EU citizens, as is the case with non-EU staff. This would be crippling particularly for many businesses which rely on staff who can speak European languages. As long as the average Brit remains embarrassingly monolingual, plenty of employers will require the services of EU citizens.

On top of all this, the Norwegian example is particularly ridiculous especially when spouted by conservative Brexiters. The simplistic moronomics of the Brexit campaign, as encapsulated in the stupid campaign bus (made in Poland and Germany...) goes along the lines of "If we leave the EU, we will have £350 million per week to put into the NHS". Except the bus slogan neglects the money we get back as a result of being in the EU, such as the billions invested in the European Regional Development Fund, money made in trade and contributions by EU citizens who are resident here and are paying taxes and being economically active consumers.

If anyone seriously thinks the government,  particularly the current one, will match the funding we receive from the EU, especially for infrastructure projects and especially in the north of England, think again.

"But Norway is doing alright without all this EU funding!" comes a howl from the Brexit peanut gallery.

Again, if you are a conservative Brexiter and you think this is a good argument, you are being absurd. Norway is one of the highest taxed nations in the world. This is how it funds things. While this may appeal to left-leaning Brexiters, you cannot be taken seriously for a nanosecond if you are a low-tax conservative Brexiter using Norway as an example. VAT is at 25%. Corporation tax is 25%, the top rate of income tax is 46.9% and ordinary income is flat-taxed at 27%. Tax revenue as a percentage of GDP is consistently above 40%, as opposed to just above 30% in the UK. All tax rates for Norway are well above the OECD average - this would be a massive vote loser for the UK, regardless of who is in power. The Norwegians might well be perfectly happy with this tax burden but it is naive to think this will fly in the UK.

But the sad truth is that this whole EU referendum debate is degenerating into an unedifying Dave versus Boris spectacle along with people trying to win the argument with internet memes. If the standard of debate improves over the next month, I will be amazed.