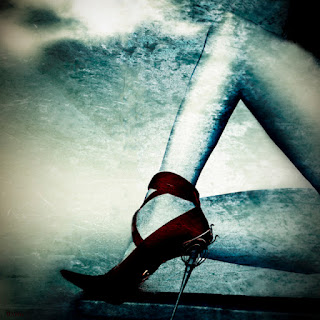 There are plenty of reasons why people might have a problem with PwC, the professional services and consultancy firm that was caught up in this week's row over receptionists being compelled to wearing high heels, but forcing women into high heels issue is not one of them.

Sure, they have private healthcare clients and the government has used our money to commission reports about healthcare from PwC, but that is another rant for another day...

When news broke about a receptionist, Nicola Thorp, being fired for apparently breaching a PwC dress code that compelled female employees to wear shoes with heels between two and four inches high, the internet debates raged thick and fast. I plead guilty to being involved in such an exchange of views.

But since then, a crucial fact has come to light. The high heel policy was not that of PwC. It was actually the frankly ridiculous and dated policy of a company called Portico, which supplies staff to PwC. On Friday, the Fawcett Society, a gender equality campaigning charity, started #fawcettflatsFriday trending on Twitter and female members of PwC merrily tweeted their flat shoe-clad feet, saying the pictures could have been taken on any day of the week, not just Friday, a day commonly associated with dressing down for the office in the corporate world.

So women have been going to work at PwC day in, day out, wearing whatever the hell shoes they like. Good.

Since the row, Portico has announced it has dropped the two-to-four-inch heel policy and is reviewing its dress code guidelines. Good. The power of negative PR is not to be underestimated.

In the meantime, Nicola Thorp started an online petition entitled "Make it illegal for a company to require women to wear high heels at work". The petition is on the UK Government and Parliament petitions website and, at the time of writing, the petition had passed the 134,000 signatures mark, meaning Parliament would consider it for debate in the House of Commons.

But the petition is somewhat pointless. It is already illegal under anti-discrimination law to discriminate on the grounds of gender, disability or pregnancy.

In an unfair dismissal case, it would not take a genius lawyer to argue that compelling women - or people who are physically incapable of wearing high heels or pregnant women - to wear such shoes is discrimination on any of these three grounds. This would set a precedent and companies would have to consider whether it is worth the risk of compelling women to wear high heels when they cannot demonstrate that this would have any bearing on their ability to do the job. And unless it can be proven that receptionists are somehow more effective if they transfer calls using the heel of their shoe, a receptionist fired for no other reason than rocking up to work in a pair of flats would, in all likelihood, win the case.

Additionally, there are limited cases where a woman (and in certain cases, men...) may have to wear high heels to work, such as women performing on stage or in film and television productions, adult entertainment, and modelling and promotion work. A woman like me (very short, 40 years old, the owner of two club feet, an arthritic ankle, arthritic knees and a dodgy lower back) would not take such jobs but it would be ridiculous if I was excluded from a receptionist job all because I cannot straighten my knees, let alone walk in heels.

And reception work is an area where women dominate so it's a bit shitty to demand high heels and, as a result, exclude women from workplaces where men walk around in flat shoes with impunity.


Freedom for employees versus freedom for companies

In the case of office jobs, I support the right of a woman to wear flat shoes if she so chooses. Or she can wear heels too. There is nothing wrong with a company dress code - it is not unreasonable to expect staff to turn up to work looking professional, well-groomed and to look at their watch rather than a calendar when asked when they last took a shower. But compelling a certain heel height, when this is not practical or comfortable or even possible for every woman, and when it has no bearing on how the job is done, is a bit stupid.

If a company can demonstrate to me that compelling the receptionist to wear heels has a positive impact on their profits and effectiveness, do get in touch. I'm waiting.

We are veering into the territory on which America frequently treads when the issue of providing birth control on company health insurance plans rears its head. Is a company the same as a person if the boss does not agree with proving birth control? Is the woman's right to birth control as part of her healthcare plan more important than the religious or moral beliefs of the boss? Here in the UK, should the right of an employer to demand high heels of female employees in offices trump the right of a woman to choose her heel height?

What the Portico/PwC case does achieve is to shine a light on the treatment of agency staff in corporate Britain. Many a temp can attest that it is very easy to get fired or simply no longer required all of a sudden, with limited legal recourse. And the life of a temp can be a tenuous one. While the hourly rate may be better than a zero hours contract worker at a supermarket or fast food outlet, the financial uncertainty is still there. Yes, it is true that plenty of people like the flexibility a zero hours contract can offer, but there are plenty who would just like to be made permanent so they can be more economically active, plan ahead and do things many of us take for granted, such as take out a mortgage or a car loan.

Other spurious arguments came out of the woodwork over the high heel row. Someone compared it to compelling men to wear neckties and claimed her father could not wear a tie because it was too constrictive around his neck and this resulted in medical problems. Fair enough. If there really was a genuine medical reason for not wearing a tie, it would not be unreasonable for his employer to allow him to loosen his tie or wear neat, tidy corporate attire minus a tie.

But overall, more podiatrists and orthopaedic surgeons are routinely warning women about the health risks of wearing high heels than there are doctors writing notes for male employees so they can get out of wearing a tie to work. However, if enough men want to rise up and ditch ties, they are more than welcome to start a campaign. Nobody is stopping you, guys. Off you go. Fight the power.

Then there was the pathetic argument that went along the lines of "Well, if women can wear flat shoes as long as they are hygienic, surely nurses can come to work in jeans and a T-shirt if it's clean". Except that a nurse's uniform serves other purposes - as well as being a hygienic outfit for work, it is pretty important, especially in a busy A&E department, for example, for members of staff to be easily identified. I am still stunned that someone would attempt such a stupid argument but that happened. Indeed, any "But what about uniforms?" argument is stupid. Nobody sensible is calling for a ban on uniforms or a ban on safety attire for work, such as steel-capped boots on building sites. There are no picket lines of builders on construction sites in open-toed shoes and mankinis.

Then there was the argument that surely men can now wear heels to work too. They can if they want to, I guess. Is there a groundswell of men out there champing at the bit to ditch their comfy brogues and rock up to work in a pair of teetering Jimmy Choos? I very much doubt it.


It's about sexism, stupid

And this brings us back to why Portico's now-abandoned high heel rule is sexist. The simple test is to ask yourself if it would be absurd to make the same requirement of a man.

And the deeper test to ask yourself why high heels would be considered important for a woman. What is to be achieved by compelling women into shoes that change the way they walk, make it harder to run away, and are associated with sex appeal? Ties for men are not in the same league when it comes to making them vulnerable or to morph them into office eye candy.

Historically, high heels for men have always been a fad - Regency dandies, Louis XVI of France, the platforms for men debacle of the 1970s, glam rockers - none of these trends lasted or became truly mainstream across social classes. Men have always reverted to more comfortable shoes. They do not feel compelled to wear uncomfortable shoes to increase their sex appeal or their employment prospects. They are not subjected to dress codes that insist on shoes that not everyone can walk in.

If you want to wear high heels, that is your choice. If you can genuinely walk in them and feel comfortable in them, good for you. If you find them uncomfortable but wear them anyway, that is also your choice. Men don't put up with such discomfort but sometimes they can be silly in other ways. Such as demanding the receptionist wear high heels...