Politics: It's all about perception 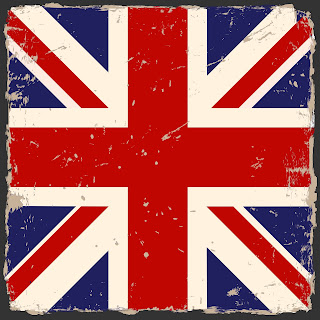 What a total shower last week was for British politics, and in particular for the Labour Party. It didn't have to be quite so embarrassing. Naz Shah, MP for Bradford West, was suspended over a Facebook post from 2014 that suggested Israel should be moved to the United States. She gave a classy and dignified apology and we may not have heard quite so much about whether or not Labour has an anti-semitism problem if Ken Livingstone hadn't happened.

If Seumas Milne had anything resembling a clue, he would not let Ken Livingstone on the telly. Censorship? Maybe. Self-preservation of the party by reining in a loose cannon? Definitely.

It does not really matter whether you think Livingstone's comments this week were anti-semitic or not. What does matter is how it is perceived beyond the Labour Party echo chamber. And Livingstone was perceived as coming across like a drunken uncle at a wedding. Why anyone thought it would be a good idea to trot him out to defend Naz Shah is anyone's guess. Why he thought it'd be prudent to describe Hitler as a Zionist while attempting to defend Naz Shah is equally astounding.

Livingstone picked up the Godwin's Law ball, ran with it, crossed the try line, did a victory lap, and then ran out of the stadium. And kept running as if he was Forrest Gump.

This week's farce, complete with Livingstone hiding in a disabled loo while journalists barked questions about Hitler at him through the door, created a ridiculous paradox.

On one hand, the Livingstone debacle and subsequent inquiry into anti-semitism in the Labour Party dominated the news cycle at the expense of all manner of important stories. Labour did not come out of this looking particularly good, even though the Tories could benefit from their own inquiry into racism, after Boris Johnson's awful comments about Barack Obama and a London mayoral campaign from Zac Goldsmith that has enough dog whistles to summon all 101 dalmatians.

But on the other hand, elections in the UK are not won and lost on foreign policy in relation to Israel and Palestine. This may come as a shock to the chattering classes on both sides of the debate, but it's the brutal truth.

With this week's local elections, we will soon find out whether the damage has been done.

Despite this week's often highly staged drama, it is pretty likely that Sadiq Khan will be the next mayor of London. Naturally, he is being slammed in certain quarters for criticising Livingstone. But what else did people expect him to do? A man who describes Hitler as a Zionist "before he went mad" is an electoral liability. And Labour needs to be elected to make any impact.

While a Khan victory will be good news for the beleaguered Labour Party, it will be interesting to see if the predicted decimation of Labour happens in local elections outside of London. London is not the rest of Britain and it is not a litmus test for broader election results. It could well be the case that voters will punish a Jeremy Corbyn-led Labour Party outside of London, given that outside of the Labour Party, he is not polling well. Or maybe people will simply vote on local issues. Weirder things have happened in British politics.

At the last election, the Conservative Party did an excellent job of convincing people that they represented the middle ground. Plenty of people now regret voting Conservative, but plenty of people voted that way in good faith. It is churlish for the left to slag off regretful Tory voters now. It is just another way to create divisions when people should be coming together.

Right now, there is so much going on with this wretched government that should be a gift for Labour.

This week, during Prime Minister's Questions, there was a junior doctors' strike going on. But this had all but vanished from the news cycle by Thursday afternoon. This should have been how Corbyn kicked off his questions, with an excoriation of David Cameron for losing control of his failed marmalade mogul health secretary, a robust defence of junior doctors, and evidence of every Labour MP supporting junior doctors on picket lines this week (if indeed they did this or was Heidi Alexander too busy faffing on with the daft pilot idea?). Instead, he led with a question on the forced academisation of schools - it is a very important issue, don't misunderstand me here, and it deserved a hard question -  but Corbyn should have kicked things off with the junior doctors and the NHS.

The Labour Party currently has a terrible tin ear for public opinion, an embarrassing inability to capture the news cycle.

And none of this is helped by Corbyn constantly storming away from journalists instead of answering questions. Even though politicians of all stripes do this, it makes Corbyn in particular look like a grumpy old man who can't be bothered to engage with the media and therefore the wider public. And then the media coverage grows ever more hostile. The coverage is frequently unfair or just plain absurd, but it will keep happening as long as Labour's media strategy is so poor.

Like I said, it is all about perception. Sadiq Khan understands this, but neither Jeremy Corbyn nor Seumas Milne do. And as long as they maintain their tin ears and only listen to advice they want to hear, the much-needed middle ground will be out of their reach. Its easy to say that they don't want the middle ground, but they cannot do a damn thing from the sidelines apart from wave at Ken Livingstone as he runs past.