Running away from Omar Mateen's homophobia 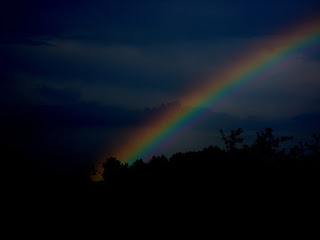 "It's like every time you read something about this asshole, he becomes a bigger asshole."

My friend Dana summed up Orlando murderer Omar Mateen perfectly. He is an onion of assholery. Layer upon layer of assholery interspersed with self-loathing, loneliness and the bitterest of bile.

It is important to talk about his homophobia. When Owen Jones walked off the Sky News set on Monday night it was because he felt Julia Hartley-Brewer and Mark Longhurst were deflecting the discussion away from the homophobic element to the massacre. Jones was visibly distressed throughout the discussion, tensions rose and the tipping point came when Longhurst, the presenter, said the crime was against "human beings" who were "trying to enjoy themselves, whatever their sexuality".

Well, yeah, up to a point, but to downplay the homophobic element of what happened at the Pulse nightclub on the weekend is to run away from something that is clearly still a problem across multiple societies, even the ones that are supposedly progressive.

In its simplest terms, a man who had espoused homophobic views shot up a gay club and killed lots of LGBT people. It now transpires that he'd been in the club before with people recounting that he'd tried to pick up other men, had got drunk there, and behaved belligerently. Some are saying he was a self-loathing gay man. Others are saying he was simply scoping the place out and his attack was entirely premeditated. Either way, this is a man with a deeply disturbed view of homosexuality and a man who had the means to act on this view in the most despicable way possible.

When Mark Longhurst seemed keen to play down the homophobic aspect of Mateen's crime on Sky News, it was part of a bigger reluctance to look homophobia in the eye and admit that it is still a problem. It is brilliant that same-sex marriage is legal here in the UK, but David Cameron had to fight hard to pass it, the main opponents in Parliament were invariably religious, and it did not mean an end to homophobia here any more than Barack Obama's presidency ended all racism or a probably Hillary Clinton presidency will end all sexism in the US.

The investigation into the murder of 49 innocent people in Orlando has, so far, not revealed any direct links to IS. In his 911 call during his heinous rampage, he pledged allegiance to IS and was known to have made remarks in support of armed Islamic extremist movements. Anyone with an internet connection can learn about IS. Anyone who consumes most mainstream western media outlets can learn about IS that way. You don't need to communicate with them directly to spout off a load of hateful shit in support of those losers.

And naturally, the dickheads of Daesh claimed responsibility for the murders. Of course they did. Mateen is just the kind of pathetic useful idiot Daesh depends on for oxygen.

Young, messed-up, bitter men do the dirty work for IS both in the territories they occupy in the Middle East and in the west. And giving the toxic views of IS airplay in the media also helps their fucked-up cause.

And Mateen was certainly messed up. His first wife shared stories of his abuse towards her. Owen Jones deserves kudos for raising this unsavoury aspect of Mateen's character before he walked off the Sky News set. Domestic violence is yet another awful aspect to Mateen's dark character. His father, Seddique Mateen, gave a bizarre interview to CNN in which he disputed his first wife's claims about mental health issues, said the club needed better security, and said Mateen expressed disgust at the sight of two men kissing. Seddique Mateen also said he believed people should be in heterosexual relationships but that it was up to God to judge.

This is a view on homosexuality that echoes the words of many a conservative Christian - to love the sinner but hate the sin. I have seen similar views on homosexuality expressed by Muslims, as well as Christians, since the shooting. It is indeed a relief that religious people across the board are not interested in shooting LGBT people dead in cold blood but pushing the "hate the sin" rhetoric is something all conservative religious people need to think on, especially when there are still countries in the world where homosexuality is punishable by imprisonment, lashes and death.

The notion of hating the "sin" of homosexual activity is certainly alive and well. But anyone's sexual activity should fall squarely in the category of nobody's damn business but your own. As soon as  the "love the sinner, hate the sin" narrative gains traction, self-loathing and closeting is quick to follow.

Homophobic rhetoric frequently obsesses over sexual acts, reducing gay people to whatever they might do to get off. There just aren't the same derogatory terms for heterosexuals, based on what they do in bed, compared to the sex act-focused abuse frequently hurled at the LGBT community. Nobody has ever seen a heterosexual couple holding hands and called the man a "cervix-thumper" or the woman a "penis-clencher". But the insults aimed at LGBT people are frequently reductive and focus on inaccurate assumptions about what every LGBT person does whenever they have sex.

It would behoove religious conservatives, regardless of faith, to think about what they are doing to the next generation when they focus on hating the sin. Interestingly, in today's Evening Standard, Yusuf Islam (formerly Cat Stevens) said that "the most important thing Islam preserves is the privacy of one's sexual activity" and that "it's up to you how you behave behind closed doors or in the privacy of your own bedroom". If only the countries where gay people are beheaded or shot or hung from cranes embraced this attitude towards sex. Iran, Saudi Arabia, I'm looking at you in particular.

But if gay-bashing still happens in our own countries, if marriage equality is still a fight in western countries, if homophobic insults are considered harmless banter, if dickheads publicly congratulate Mateen's actions, the LGBT community will not be truly equal and horrific crimes will continue all over the world. Some of these crimes may have an element of religious extremism, some may not. None are justifiable. It is important to fight the homophobia as well as the vile aspects of religious extremism. This is not an either/or. It is possible to be concerned about both problems and for a world without homophobic bigotry to start at home.

Refusing to acknowledge the role homophobia played in the Orlando shooting will do nothing to move any society forward in any positive way.