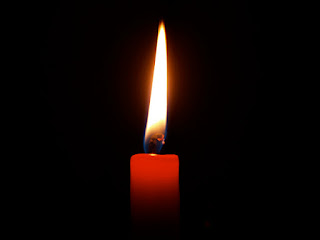 Today's events - the murder, nay, the assassination, of Jo Cox MP - in no way reflect my experience of Britain. Since 2011, I have lived and worked here and, as an Australian, felt nothing but positivity about my presence here.

This is disgusting, appalling, disgraceful, vile. Someone who genuinely wanted the best for Britain was murdered today as she went about her duties an MP.

That is democracy in action. That is why we have MPs.

There is a melee of innuendo about why she was stabbed and shot. But, based in available information, there was a political motivation to her death.

But now I am speculating based on what the news channels have told me. In any case, an MP stabbed and shot outside a library is not the Britain that I love.

I am still in shock. She was one year older than me, yet she achieved more than I probably ever will.

Tonight, she should be hugging her kids and embracing her husband.  But that will never happen again.

A man has been arrested for her murder. We may know more in the coming days about the motivation behind killing an innocent woman. If this is a politically motivated killing, we should view it as an act of terrorism, a political assassination. The killer may be mentally ill and, if that is the case, he deserves compassion. But he also deserves the full weight of the law for this is an unspeakable atrocity, an assault on our democracy and on the basic decency that I still believe is a strong vein running through Britain and its people.

But all this is currently speculation. In any event, it is bloody awful, it is inexcusable, it is not the sort of thing we should ever expect to happen here.

Whatever the case, this is not the Britain I know and love. We are better than this. We do not stab and shoot people with whom we disagree. We talk we engage, we get to know the people with whom we share our neighbourhoods in this brilliantly diverse nation.

And above all, in honour of Jo Cox, we never let hate win.

Photo by Flickr/The Bees
Posted by Georgia Lewis at 16:28