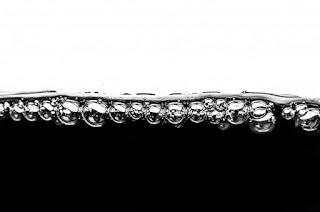 Imagine this: A country is on the skids economically. The reasons for this crisis are myriad and blame is not limited to one person or one group of people. Corruption and tax evasion have been rife for years. Governments of different shades have been incompetent. Attempts to solve the economic problems have not worked.

But for the last five years at least, the country's energy ministry has known about significant offshore oil reserves - some 22 billion barrels to the west and a further 4 billion barrels in the waters to the east. Surveys have also estimated that the country may have natural gas reserves worth $9 trillion. Further exploration of the country's coastal waters could reveal even more oil and possibly natural gas reserves too. There may be enough to cover at least 50% of the country's oil needs. The country already has some oil and natural gas production but this has dropped sharply between 1990 and 2000 and has continued to fall ever since, dwindling to no gas production and barely enough oil production for one of the salads the country is so famous for.

Exploiting its oil and gas reserves alone won't solve the country's economic problems but it could make a massive difference.

Fuel would become cheaper - it is currently at around €1.59 per litre - and this would benefit everyone from struggling taxi drivers and farmers to the people who live on and visit the islands, where prices are higher for the many goods that need to be shipped from the mainland. There may be enough oil and gas to not only fire up power stations and further develop the petrochemicals sector. The government could remove bureaucratic obstacles to the development of renewable energy, so oil and gas-fired power stations are used in conjunction with renewables. This would mean a more reliable supply of electricity for the country. This is a minor bummer when the lights go out while you're enjoying a pint of Mythos in a Cretan taverna and it is an ongoing pain in the arse if you live in Greece.

Fossil fuels won't last forever - the clue is in the name - but we need to use them for now alongside renewables because the technology for solar, wind and tidal energy still needs work. A thriving oil and gas industry would be a fiscal multiplier and a creator of jobs.

As a bonus, Greece's heavy reliance on coal and imported hydrocarbons from such bastions of freedom as Russia, Saudi Arabia, Iraq, Libya and Kazakhstan would come to an end.

Imagine that: Greece could be one of the few countries in the EU to get off the Russian gas teat and tell the Saudi government to go pound sand.

But will this happen? Probably not, especially if the IMF and EU governments succeed in getting Greece to sell off assets such as ports and public companies, in particular the national energy companies, to reduce the debt. But who the hell is going to buy these assets at this time? Realistically, how much money could be made from such a fire sale?

Joint ventures between Greece's national energy companies and foreign investors would make more sense. Keeping the ports for the transport of oil and gas and the development of LNG terminals would also make sense. LNG - liquefied natural gas - is a growing sector of the gas industry and one of its benefits is that it eliminates the need for pipelines with other countries, thus reducing the risk of geopolitical dramas, especially with nearby Turkey.

Additionally, LNG is a great way to store gas for domestic use and transport it for export. Remember exporting? A way that a country can make money! Exporting! Part of a sensible, steady economic recovery for Greece rather than the current debacle. It'll never catch on, especially if the Greek government eliminates tax breaks for the Greek islands. Yeah, what a great idea. Let's make it harder for the Greek islands to attract tourists! We're only talking about places so damn beautiful that all the advertising they should need is a Google image search. It's not as if tourism is a revenue-raiser for Greece or anything...

There is a lot of love out there for Tsipras at the moment but if he succeeds in raising taxes for the islands while not properly reforming the whole country's taxation system, and if he doesn't do a damn thing to push for oil and gas development, he is completely short-sighted. Equally, bullying tactics from the IMF and EU governments are not conducive to getting Greece back on its feet and five years of austerity in a vacuum where there have been no real plans to grow the economy haven't solved a damn thing either.

TLDR version? It's a bloody mess and I'll be stunned if anything improves any time soon.