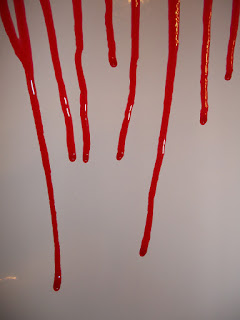 I'd never heard of Ella Whelan before last week and I am quite sure she doesn't much care about my existence either. But, Christ on a cracker, has she missed the point of Plan UK's #JustATampon campaign.

Or, what is probably more likely, is that she understands Plan UK's campaign perfectly well but she fancied being the voice of contrived contrarian lefty-bashing feminism that The Spectator clearly needs among its bloggers.

Ella seems to object to Plan UK's assertion that "stigma and embarrassment attached to women's periods contributes to gender inequality worldwide". Except that it does, Ella. But instead of acknowledging that women and girls around the world suffer enormously because of a lack of menstrual care, she insists that the campaign will only serve to perpetuate the perception of African countries as being dirty, unhygienic and unaware of periods. Except that many women and girls in many African countries do experience their periods in horrible conditions that would make the average western woman recoil in horror.

Why pretend this isn't happening?

Probably because it is easier and more clickbait-friendly for Ella to use her soapbox to bash popular targets of the right as Jenny Eclair and Jon Snow. Why is she afraid to acknowledge that having your period in horrific conditions, often with the added stigma of cultural taboos and myths about menstruation, means that you might miss days of school and not complete your education, or you might not be able to go to work, or care for your family properly? These are real issues and helping girls and women have less horrific periods is part of the solution.

Ella is partly right to say that the problem for women in developing countries is not a lack of education about periods but that there isn't a branch of Boots on every corner. Of course, it'd be nice for women in Africa's deprived regions to have the same easy access to pads, tampons and Mooncups that we enjoy here in Britain. But getting many African countries to that point will take time. Some parts of Africa are already there. It is a big and diverse continent.

This is why the countries in which Plan UK works are called "developing countries". It is short-sighted and defeatist to slag off an entire campaign because it seems easier to sit back and wait for capitalism to happen. Plan UK does great work to help women and girls in particular to be part of the solutions to poverty, such as ensuring they have access to healthcare and education and do not disappear from the world in forced marriages.

The #JustATampon campaign just one component of the wide-ranging work Plan UK does. Sure, it's  a gimmick to have people take selfies with tampons and I frequently scoff at such campaigns because I am unsure how many selfies actually convert into donations (See also, the ice bucket challenge and no make-up selfies). But if the campaign leads to more people choosing to support Plan UK, a secular charity with no ulterior motivation to convert anyone to or from religion, that's a good thing.

Plan UK cannot solve the world's problems alone but, in particular with their programmes involving access to education and eliminating child marriage, they are doing something. Access to clean drinking water and access to reliable energy are other challenges which need to be addressed so that developing countries can attain Ella's Boots-on-ever-corner menstrual utopia.

And lack of menstrual care is not just a problem for girls and women in developing countries.

Given the lazy approach Ella took to her piece in The Spectator, I wonder if she could be bothered to acknowledge that it is an issue for homeless women in Britain and in other supposedly civilised countries. The Homeless Period campaign explains this more eloquently and powerfully than I can. Click here to find out about this great campaign.

And, as outlined in this rather upsetting piece in the Guardian, lack of access to menstrual products is an issue in some US prisons. Just don't read the comments at the end unless you really enjoy reading the work of dullard mansplainers who have never had a period in their life advocating a system where women in prison as deserve to spend days caked in their own menstrual blood.

Having a period that is as comfortable as it can possibly be is something most of us take for granted. Is Ella having to wad her own underwear with toilet paper scavenged from a public toilet like a homeless woman every month? Is she banished away from her community until her period is over because menstruation is seen as a taboo? Has lack of access to pads and tampons impacted on her ability to get an education or work for a living? Is she imprisoned and forced to ration her maxi-pads?

These things are still happening to girls and women in 2015. Anyone who is taking steps to ensure these things don't happen should be congratulated. They do not deserve the petty vitriol of an arrogant columnist.
Posted by Georgia Lewis at 13:12