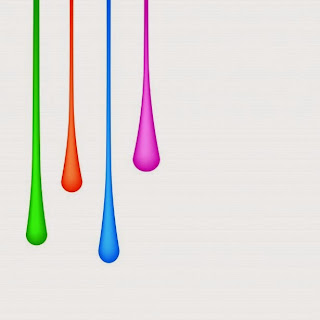 Anyone who has ever seen my Facebook page will be nonplussed to know I was in one of those I-must-keep-going-because-someone-is-wrong-on-the-internet arguments the other day. It was over, of all things, liquid food. In particular, it was about a New York Times article a friend posted about Soylent, the ironically named liquid food substitute that is apparently taking Silicone Valley by storm.

Soylent is made up of all the nutrients the FDA recommends one should eat in a day. As if everyone needs exactly the same quantity of nutrients regardless of multiple biological variables. But it's so easy! You simply add water to the powder and drink the resulting bland, porridge-coloured sludge in lieu of actual food.

Rob Rhinehart, the software engineer who came up with this idea goes to great pains to tell us it's not a weight loss product and that it is not meant to replace all meals. But, naturally, because human beings love quick fixes when it comes to weight loss, this is inevitably what it will be used for, especially when journalists have tried it out and reported weight loss.

And the New York Times report features people in Silicone Valley who are indeed living on nothing but Soylent. They are just too damn busy to be arsed with proper meals. And this is where the whole thing becomes inherently depressing. People living on Soylent have become the inevitable result of the cult of busy. It is partly down to pressure in workplaces to work longer rather than smarter, for costs being cut through understaffing, for people to define themselves entirely by their work.

Obviously, there is nothing wrong with working hard to make something of yourself. But the cult of busy has generated an inflated sense of self-importance among many of us. The notion that something really bad will happen if you leave work on time, as if the sky will fall if you leave it until tomorrow to finish a task after you've had a good night's sleep, that you exist solely for work at the expense of human relationships or any real joy.

We are now in an era where too many of us answer the question: "How are you?" with a sigh, an eyeroll and a diatribe about how damn busy we are. I've done this. Most of us have. It's as if we're now ashamed to answer "How are you?" with a "I'm great, thanks. I get out of work at 5pm most days and I am sleeping really well and spending loads of time with friends and family."

In the Facebook argument, I made these points along with a lament for another nail in the coffin of real food, another way to take people further away from the joy of eating and preparing meals.

I am quite sure the people who begged to differ, who said they'd be interested in trying out Soylent because cooking doesn't interest them are perfectly nice people. Hell, if they want to spend their money on something that hospitals buy for a fraction of the price to force-feed anorexics they can knock themselves out. It's the money and their gastrointestinal tracts.

But the argument did shine a light on the glorification of not being able to cook. For fuck's sake, people. Even if you don't cook a cordon bleu meal every night, cooking is a life skill every adult should have. There is nothing big or clever about not being able to cook at least a few basic dishes. In the argument, I was accused of harking back to a pre-technology era - but, ironically, the conveniences of a modern kitchen make it easier than ever to cook and preserve food.

Of course, this is easy for me, or anyone who lives in a developed country, to say. What about the poor people of developing countries? Those without access to refrigeration or an efficient stove? Well, just as well then that Rob Rhinehart has the answers!

Except he doesn't really. In fact, he is a bit of a douche when it comes to his big idea for solving poverty. He proposes giving people in developing countries a Soylent-producing algae so they can keep making Soylent indefinitely. He says this would eliminate the need for factories and farms. Yes, because who needs factories? They only create jobs to help people out of poverty. And, frankly, how dare he deny the cultural importance of agriculture to millions of people across the world. How dare he slag off all agriculture instead of recognising its importance and recognising that it needs to evolve in an efficient and ethical way.

But it's OK because they can make all this Soylent! Yeah. Those poverty-stricken ingrates should be glad of any food, even if it is tasteless sludge. Why would they ever aspire to choice? Why would they ever want access to energy so they can cook their favourite foods safely and efficiently?

Rhinehart flippantly added that "all we'd have to do is fix the world's housing problem and people could be free". Yes, it's as simple as that in his privileged, arrogant, ignorant world. Sustainable development clearly isn't a concept he has spent much time with. How the hell does he think houses happen? Houses require building skills, which can be taught so people have a way of earning a living. Ideally, houses should be designed so they are appropriate for the needs of the people who live in them and make sense in their environment. Houses need access to energy to be effective places to live, work, study and, yes, cook actual meals in 2015.

Energy poverty needs to be addressed to make any of this possible. On top of that, access to education is the best way to help people out of poverty, to ensure they have a better life than their parents did. Access to healthcare is also important. Rhinehart's simplistic soundbite-friendly non-solutions patronise the world's poor.

I'm going to go out on a limb and suggest Rhinehart hasn't really thought this through. For now, he is just trying to meet demand for orders in the US, an effort which required him to raise $20 million in venture capital. If his main goal is to make pots of money, fair play to him. He is a businessman in a free market economy and, as far as I can tell, he hasn't broken any laws. The ingredients of Soylent are not a secret. Consumers can make an informed choice.

And if they choose to forego the joy of food because they are too damn busy and important to pause for a proper meal, so be it. If they see fit to behave like overgrown adult babies who don't want to learn to cook, whatever. If they want to help Rhinehart get rich, that is also up to them. But don't sugar-coat your choice with the naive belief that Soylent is going to be a major force in changing the world for the better.
Posted by Georgia Lewis at 09:25