Enough with MPs wanting to be London mayors already! 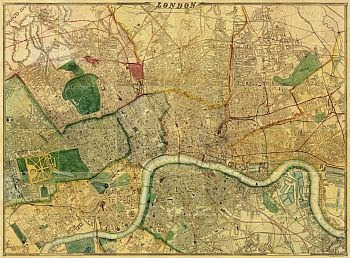 Being the Mayor of London is a big job. It is not just a ceremonial role where you get to throw on some robes and gold chains and open village fairs. It is a huge responsibility. Apart from New York City, London is pretty much the only major city in the world where people from other countries know who the mayor is, especially since the deliberately dishevelled showpony that is Boris Johnson has been in the job. As a result, he has a huge following from people who don't even live in the UK and certainly don't have to live with the consequences of his ridiculousness.

Now Boris is both an MP and the Mayor so he can do two jobs badly instead of just the one. Being an MP is also a big job and a huge responsibility. So why the hell do people keep thinking they can do both jobs and do them properly?

It has to stop. To try and be Mayor of London and an effective MP at the same time is to show no respect to the people you represent.

MPs cop a lot of flak and it is often well-deserved, especially when greedy snouts keep finding their way into troughs at our expense. But it is a demanding job, even if you are a humble backbencher, and there are plenty of MPs of all political shades who work hard and are genuinely trying to serve the people they represent. If you don't believe me, check out the excellent BBC documentary Inside The Commons.

And what is really sad is that among the MPs who have declared they want to be the Mayor of London, there are some genuinely talented people, in particular Sadiq Khan and Zac Goldsmith. I can imagine both Khan and Goldsmith being better mayors for London than Boris Johnson.

But I don't want to see any of them as Mayor of London if it means they won't be able to devote as much time as they should to their roles as MP. And being a good MP, even if you are a London-based one, means you're not going to have time to take the helm of a city as huge, complex, diverse and challenging as the nation's capital. Nobody votes for a part-time MP any more than they vote for a part-time mayor.

The media has to shoulder a lot of the blame for the party politicisation of the London mayoral elections. Every time it is portrayed as Labour versus Tory, red versus blue. As if the mayor can only ever be from one of two parties. And people are daft enough to view it as a two-horse race and vote for one of the two heads they see on every front page rather than carefully thinking about who might actually be the best person to run the capital.

In the last London mayoral election, it would have been magnificent if Siobhan Benita won. Imagine that. An independent mayor of London. A mayor who is not beholden to the policies of any of the major parties. A mayor who might actually have made decisions based on what was best for London and for Londoners. A mayor who is not distracted by the demands of being an MP. A mayor with no ambitions to be in the House of Commons or to be Prime Minister.

Will Londoners be bold enough to vote in a way that could set a great example for local government across the whole country? Or will it be another election of more of the same, regardless of the result?
Posted by Georgia Lewis at 09:07